The new features of the iPhone 14 series, which was unveiled at the beginning of this month, caught people’s attention. Most importantly, it brought features never found in a phone before, such as the capacity to detect accidents (crash detection). A YouTuber who put this function to the test in the real world shared the results on his channel.

A technology channel tested the iPhone 14 Pro, which attracts attention with its crash detection and emergency call function, and the outcomes were quite encouraging. He showed what the iPhone performed at the moment of the accident in the video below by simulating an actual accident. 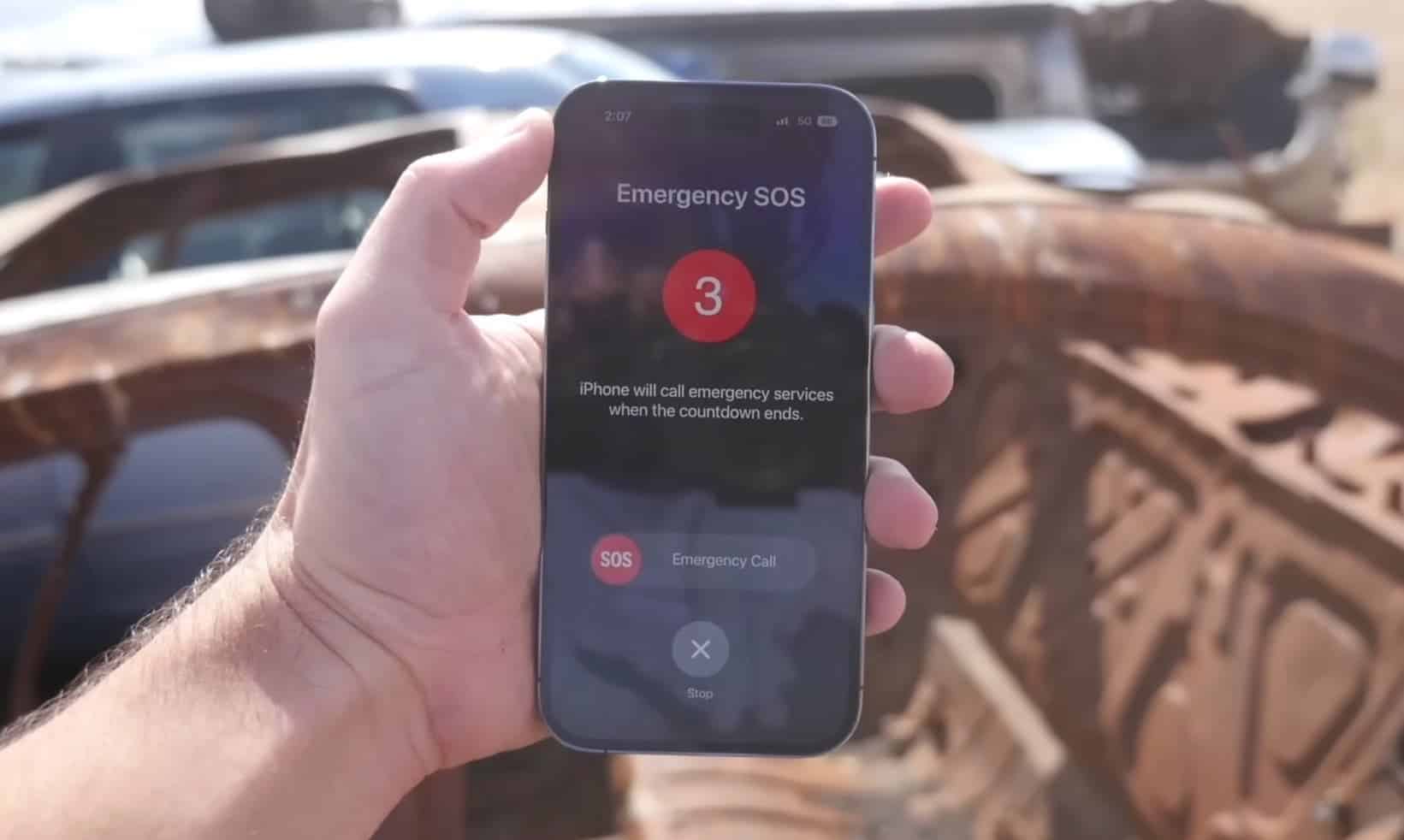 He took an old Mercury sedan with a remote accelerator control system and installed several carcasses of other cars in the car’s path. He attaches the iPhone 14 Pro to the headrest. In two cases out of two attempts, the system worked as it should. The phone turned on the siren, a dialogue appeared on the screen for contacting emergency services to call for help. Within 10 seconds, if everything is in order with the driver and passengers, the dialogue can finish.

So, the twice-tested iPhone 14 Pro performed admirably in both vehicle crash tests. The iPhone waited a short while before asking the user if they wanted emergency assistance. After detecting the accident a few seconds after the impact. The smartphone started a 10-second countdown after waiting for a response. And when the timer ran out, the emergency call function was on.

We should note that the system does not work immediately after an accident, but within a few seconds.

It’s also important to keep in mind that in addition to the iPhone 14, the crash detection technology is also available on the Apple Watch Series 8, Apple Watch SE (2nd generation), and Apple Watch Ultra models.

Next 10 popular internet products that were "buried" in 2022