The Xiaomi 12T and Xiaomi 12T Pro smartphones’ Lunar Silver color variant has surfaced online ahead of an official unveiling. The Xiaomi 12T 5G series will arrive in the global markets alongside other products soon. According to tipster Abhishek Yadav, the smartphones will launch alongside the Redmi Pad and Redmi Buds 4 Pro later this month.

The 12T 5G series comprises the base Xiaomi 12T 5G and the Xiaomi 12T Pro 5G smartphones. Also, the global variant of the 12T Pro was spotted on the Geekbench website earlier this week. This is a major sign that the handset is headed to the global markets soon. However, Xiaomi is still mum on its plan to unveil the handsets in the coming days.

As the launch of these is very very nearly here, here are a bunch of pics of the Xiaomi 12T and 12T Pro in Lunar Silver. Other colors and full specs posted here a week ago: https://t.co/mSXYNrQfW6 pic.twitter.com/iRpM2dp9Q2

In the meantime, WinFuture’s Roland Quandt has given us a glimpse into the Xiaomi 12T and 12T Pro’s Lunar Silver color variant. Quandt shared an image of the purported color variant via a tweet. Notably, the Xiaomi 12 and Xiaomi 12S didn’t come in this new colorway. Not long ago, WinFuture revealed the Xiaomi 12T 5G series’ specifications and renders.

There will be a layer of Gorilla Glass 5 on top for additional protection. Under the hood, it will probably pack a MediaTek Dimensity 8100 processor. The Xiaomi 12T will run Android 12 with MIUI 13 custom skin on top. Furthermore, the latest leaks suggest it will ship with 8GB of RAM and offer 128GB/256GB internal storage. A robust 5000mAh battery with 120W fast charging support could power up the entire system. 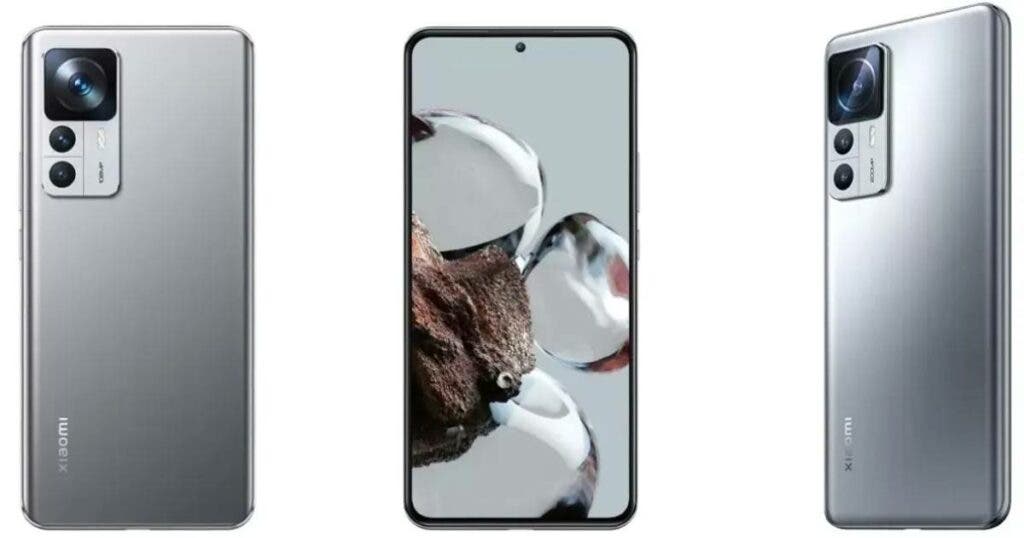 Now, the Xiaomi 12T Pro will sport the same 6.67-inch AMOLED panel with FHD+ resolution and a 120Hz refresh rate. Also, it will get the same Gorilla Glass 5 layer on top. The Pro model will use a 5000mAh battery to draw its juices. Notably, this cell supports 120W fast charging. However, it will get a more powerful Snapdragon 8+ Gen 1 chip. Lastly, the 12T Pro will reportedly come with 12GB of RAM and up to 256GB of internal storage.

Next Nothing Ear Stick case design revealed, it's not square-shaped