Apple will soon introduce a new track running experience. This feature automatically detects when a user reaches the end of a track. With the Apple Maps data and GPS, this feature offers a more accurate route map (including the option to select a track). This feature also offers more accurate Pace and distance metrics. Apple says orbit detection will be available in the U.S. later this year through a software update for Apple Watch Series 4 and later models. 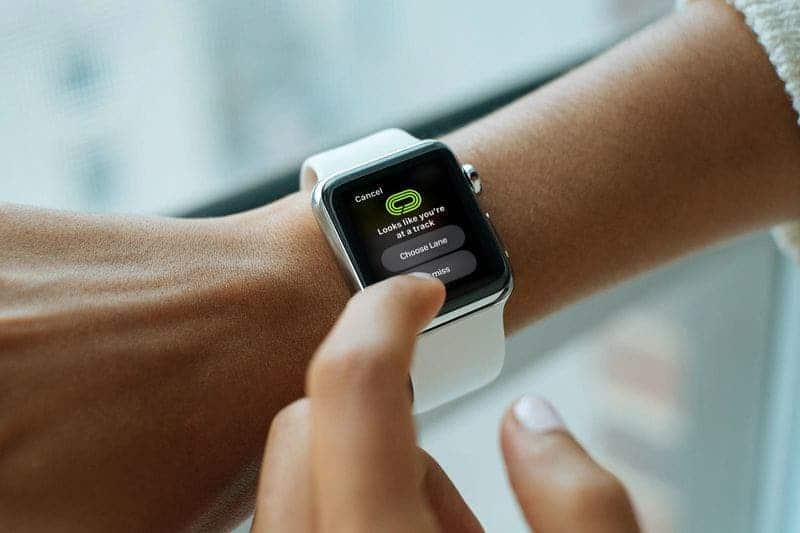 Race Routes is a new workout feature designed for runners to race against the best or last time on any frequently completed route. The feature will also provide in-session pacing guidance to keep the user’s progress competitive. Apple says the racing route will be available on Apple Watch Series 4 and later this year. 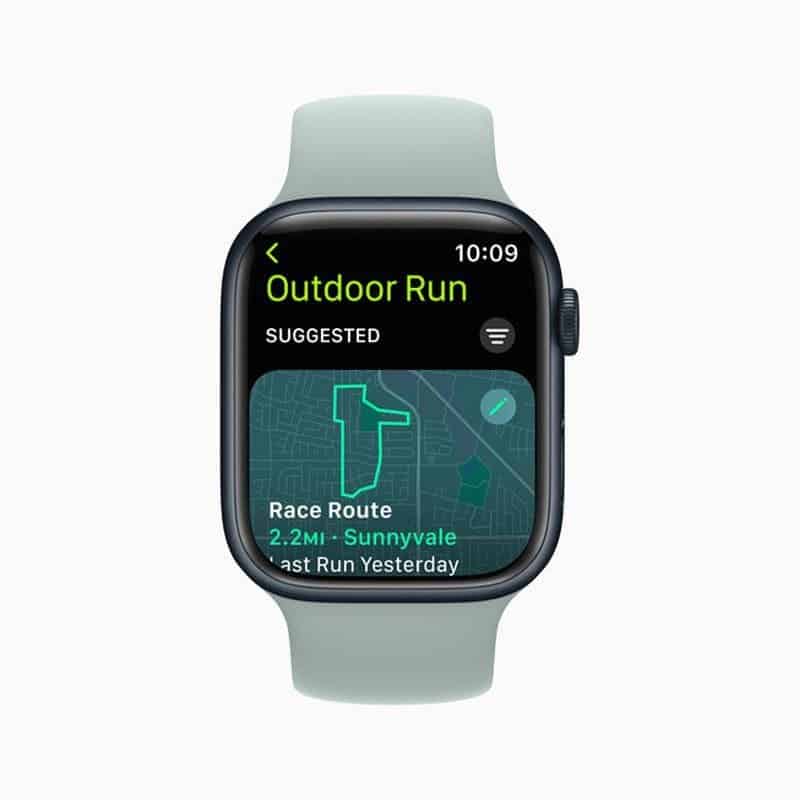 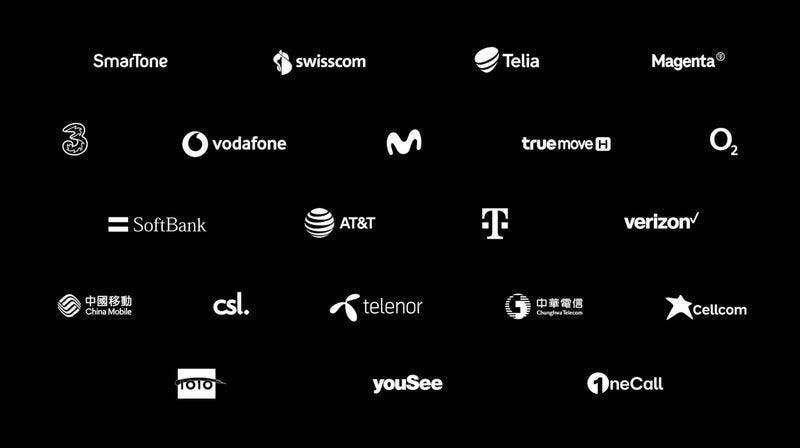 Family Setup will support the Home app. This feature will allow kids to be invited as members to control HomePod speakers and smart home accessories. Thanks to the extra support, kids can also use home keys and hotel keys in Apple Wallet. The feature hinges on Apple’s new Home architecture, a separate update in the Home app. It will be available in a software update later this year. Note that a Home Hub is required to share control of the home and receive home notifications. This will work only on iOS 16, Apple TV and HomePod as relevant home hubs. 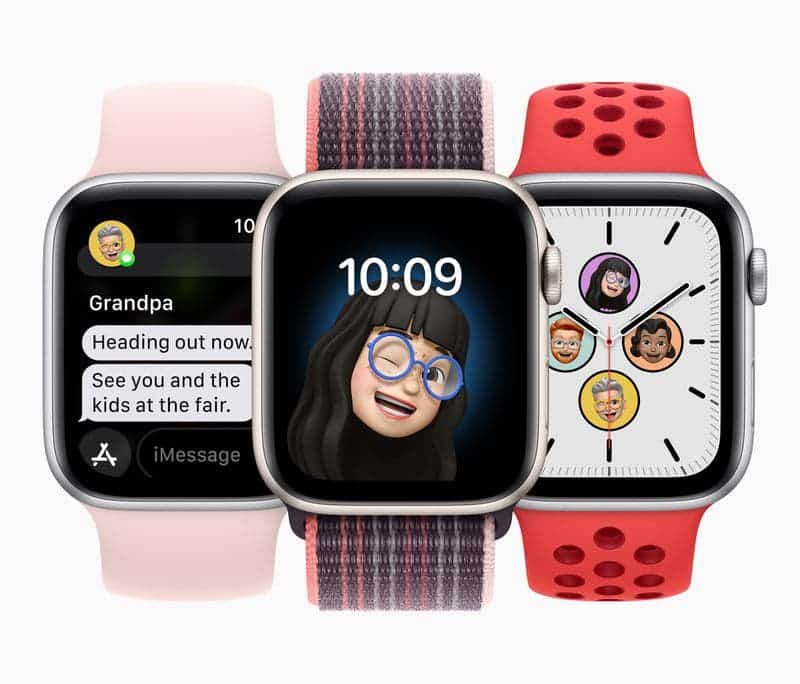 Developed by Apple and third-party company Huish Outdoors, Oceanic+ is a built-in dive computer designed for the Apple Watch Ultra device. As a free app on the App Store, Oceanic+ will include depth tracking (including depth alerts), GPS tracking, logbook (up to 12 dives), snorkelling, and more. For more advanced diving options, such as no decompression restrictions, users will need to purchase an Oceanic+ subscription plan ($4.99/day, $9.99/month or $79/year). Oceanic+ will be available on the App Store later this fall. 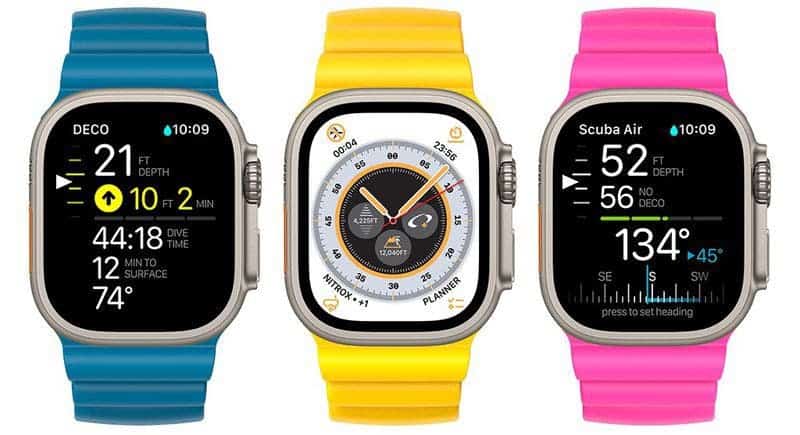 Apple Watch Ultra has the longest battery life of any Apple Watch. This device has up to 36 hours of normal use. However, Apple is working on a new low-power setting that can extend battery life to up to 60 hours on a single charge. Apple says estimated battery life is based on scenario usage in low power mode with exercise settings enabled to reduce heart rate and GPS readings. Users can get up to 15 hours of exercise, over 600-time checks, 35 minutes of app usage, 3 minutes of calls, 15 hours of sleep tracking, and over 60 hours on low power settings. Apple says a low-power setting with reduced frequency of GPS and heart rate readings will be available later this fall.

For runners, watchOS 9 now displays additional running data. The new system now supports stride length, ground contact duration, and vertical oscillation to aid with performance. Those who run on a regular basis may now compete against their prior best or last time. A new pacer mode calculates the required pace for a specific distance and time target. With the addition of sleep phases, Apple has enhanced sleep monitoring. In the app, the Apple Watch may now provide a breakdown of REM, Core, and Deep sleep.

Following that, watchOS 9 adds AFib history for people who have been diagnosed with atrial fibrillation. The Apple Watch can now detect AFib by monitoring your heart rate and displaying how frequently your heart rhythm shows indicators of AFib. In the Health app, users will receive weekly notifications and a full history. It is available in PDF format, which users can share with doctors. Finally, watchOS 9 includes Prescriptions, which allow you to manage and track your medications and supplements and set up reminders and timetables. In the United States, you’ll also receive notifications if there are any potentially dangerous interactions with the prescriptions you’ve added to the Health app.

Kickboard detection and SWOLF score for swimmers, Home app integration in Family Setup, new Quick Actions; Apple Watch Mirroring for operating the watch using the iPhone’s assistive functions; and redesigned alerts are among the other new features. As of now, eligible Apple Watch devices already has the watchOS 9.

Apple Watch Ultra has been tortured to check its durability