When Tesla announced the Tesla Cybertruck Electric Pickup it made quite a buzz. After all, the vehicle has a very unusual design. The lines, aerodynamics, everything looks different from what we’re used to seeing in the car segment. However, it’s Tesla, a company that innovated in the segment and didn’t give up its plans of launching this product. For some, the car looks like a boat, and apparently, it can be used as a boat for a brief time.

Tesla has faced multiple difficulties in launching the Tesla Cybertruck. The electric pickup has been delayed multiple times since its 2019’s announcement. The car was originally planned to go on sale by the end of 2021. However, the company has issued a statement in August 2021. According to them, they would not be able to deliver the car in 2021. Now, we’re almost at the end of 2022 and the car is not ready. However, Elon Musk keeps confident in the project and is sharing some interesting details. 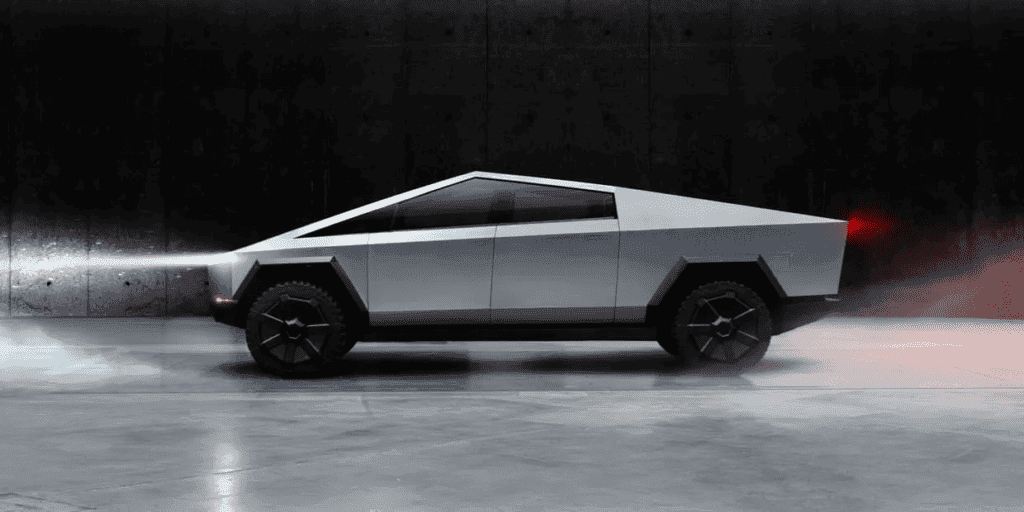 Tesla Cybertruck Electric Pickup can float like a boat

The Tesla Cybertruck Electric Pickup may see the light of the day by mid-2023. Tesla revealed this during this July’s earnings call. According to Musk, customers can expect more than a simple car. Apart from being an electric pickup to move on the road and streets, you can venture into the waters. According to a new document, he says that the electric pickup will be able to “Float on the water like a boat”. Moreover, he intends to produce a car that can “travel across lakes and seas”.

Interestingly, Ford, General Motors, and California Startup all have new Electric Pickups. Curiously, in August 2022, Ford CEO Jim Farley decided to mock Elon Musk. After the launch of the Ford F-150 Lightning Electric pickup, he teased whether Musk could launch an electric Pickup. Musk answered immediately, saying that he already has one – the Tesla Cybertruck.

Despite the constant delays, we believe that the Tesla Cybertruck will eventually see the light of the day. But after the multiple constraints in the industry, its actual launch timeline is still open. We’ll need to wait and see. But what do you think about the possibility of traversing through waters with it? That will be really interesting when you’re traveling through flooded places.

Meanwhile, the overall manufacturing of regular Tesla vehicles is progressing really well.  Despite some issues, of course.

Next Energy crisis in Europe will leave you without internet

Tesla purchased the world’s largest casting machine for its Cybertruck