After the launch of the Vivo X90 series, Vivo is pushing its sub-brand iQOO to unleash a new duo of flagships. The iQOO 11 is scheduled to arrive on December 2. Today, the brand confirmed all of the key specifications and features that will make this device appealing. We all know the iQOO 11 and 11 Pro is coming to the flagship specifications, the leaks have been confirming the specs, but it’s good to get official information straight from the company. 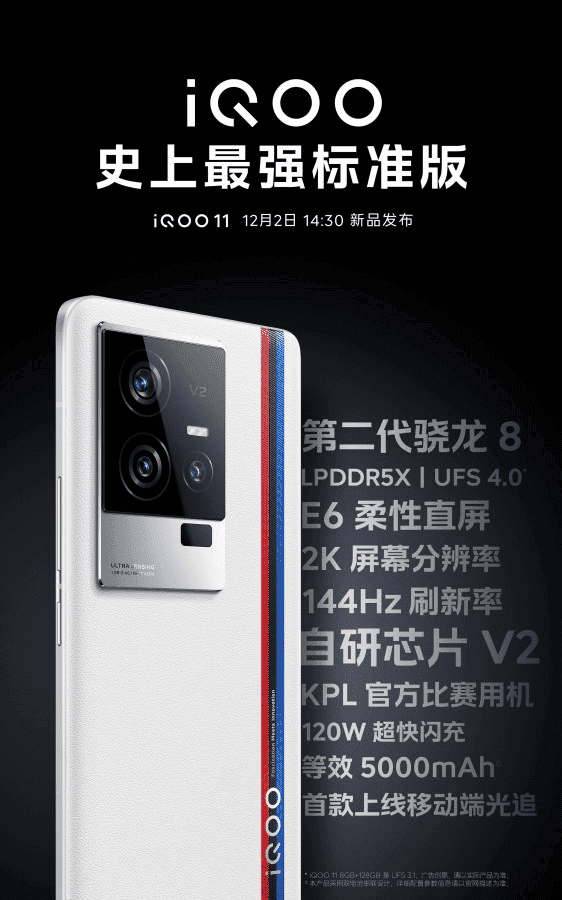 The iQOO 11 series will launch on December 2. With just a few days remaining, iQOO wants to build the hype for its upcoming flagship. Today, the company confirmed some of the more interesting specs offered by the company. We all know that it will pack the Snapdragon 8 Gen 2, but there are other nice details. The company confirms LPDDR4X RAM and UFS 4.0 storage standards. The combo is all-new and will appear on a lot of flagships from now. iQOO and the Vivo X-series are pioneering these techs. The teaser also confirms the 8 GB / 128 GB variant, but the rumors state this one will use older UFS 3.1 storage. 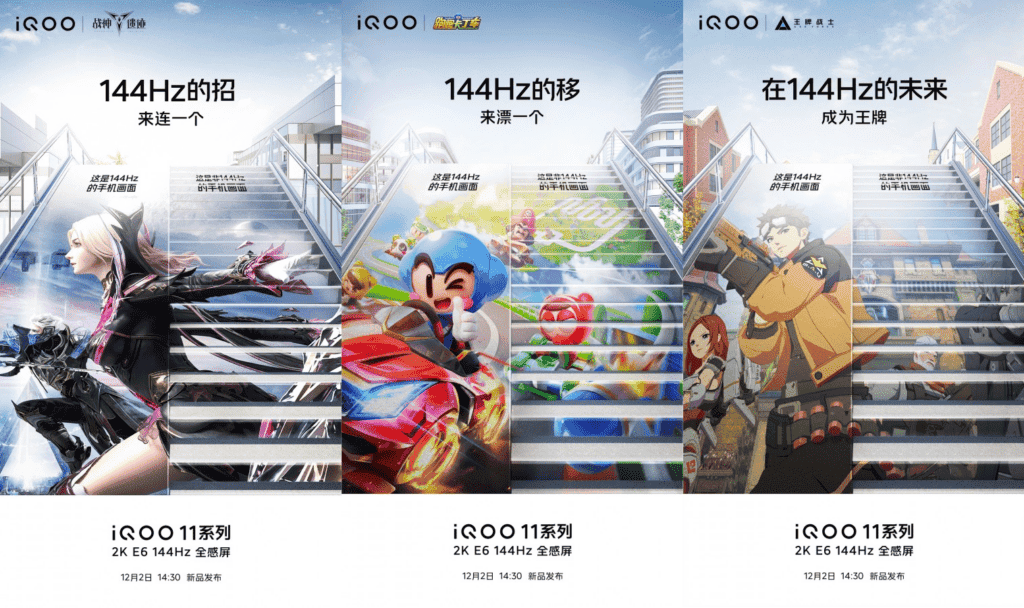 The phone’s screen is said to be the best for KPL – Kings Pro League. To those unaware, this is the highest league tournament of the Tencent Game Honor of Kings. Talking about the display, the leaks suggest a 6.78-inch AMOLED screen. The teaser confirms it’s a Samsung E6 AMOLED with Quad HD+ resolution and 144 Hz refresh rate. The teaser also confirms a 5,000 mAh battery with 120W fast charging. The rumors suggest this is one of the differences between the iQOO 11 and the 11 Pro. The Pro variant may bring a smaller 4,700 mAh battery, but will have 200W fast charging.  Last but not least, the teaser also confirms the Vivo V2 ISP. It will improve 4K videos, and boost low light and image processing capabilities.

The phone will debut in China and in Malaysia on the same date. With the Malaysian release, this will be the first Snapdragon 8 Gen 2 phone to escape from China. The iQOO Neo 7 SE will also launch on the same date.