The Samsung Galaxy XCover 6 Pro debuted a few months back. To be exact, Samsung announced it back in June, and it first launched in Germany. The phone was supposed to launch in the United States through Verizon Wireless. However, the XCover 6 Pro found its way to the USA through AT&T first. Nonetheless, the main thing is that it’s a smartphone that you definitely would want to know about.

At its core, the Samsung XCover 6 Pro is a rugged phone tailored for business consumers. However, it comes with features that we, the regular consumers, want to see on our phones. Take the removable battery feature, for example. But that is not the only thing that makes the XCover 6 Pro stand out from the rest. There are many others! 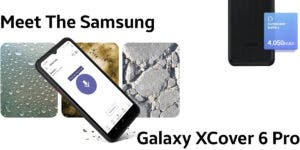 This might be your first time hearing about the Galaxy XCover 6 Pro. So, before getting into the standout features, let’s first talk about its specs.

From the spec sheet, the XCover 6 Pro might seem like an ordinary mid-range device to you. But Samsung was not shooting for high-end specs for this phone. Instead, Samsung wanted it to be a reliable business-focused phone. That’s why it integrated tons of special features that are hardly found on smartphones these days.

As stated earlier, the Galaxy XCover 6 Pro boasts a removable battery. That means you will not need to worry too much when the battery health drops down after a few years of use.

The Galaxy XCover 6 Pro is MIL-STD 810H complaint. It also has an IP68 rating. Combined, you can expect the phone to easily withstand challenging environments.

XCover 6 Pro’s touchscreen is highly sensitive. It registers even the slightest finger pressure. This will enable the users to operate the phone easily when they have gloves on. Also, the touch works perfectly fine even when it’s wet. Now, that is something I want to see more on regular smartphones.

There is a dedicated physical button on the side. And no, it’s not assigned for Bixby. Instead, you can program it to perform a broad array of tasks. For example, it can launch an app and turn the flashlight on.

The Samsung Galaxy XCover 6 Pro has what it takes to handle all the day-to-day tasks. Its processor is well-capable of running everyday apps. And as it is Samsung DeX compatible, you can quickly hook it up with a display to handle business-related tasks.

Furthermore, the battery life of the XCover 6 Pro seems excellent on paper. It’s 4050 mAh in terms of capacity. And thanks to the efficient CPU, you should get an excellent overall runtime after a full charge.

Additionally, the battery charges up reasonably fast thanks to the 25W Fast Charging feature. Yes, it’s not the fastest. But it will still charge up faster than the iPhone 14. 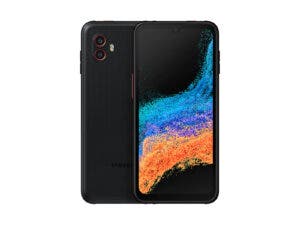 As of now, you can pick up the Galaxy XCover 6 Pro through AT&T in the United States. However, for the time being, the sales of this rugged smartphone are only limited to business customers. It’s also available for purchase in Germany, where it first launched, and in select markets. Nonetheless, we will keep you updated if we get to know more about its availability in the USA.

Previous The Official OnePlus 11 Renders Have Leaked: Can You Expect an Updated Camera Module?