We have to say that the journey of the Vivo S16 series between leaks and the actual launch was quite fast. In a short period, we went from rumors and leaks to the official release. Without making much mystery, Vivo took the wraps off the Vivo S16 series in China. As usual, the lineup focus on style with appealing design in the camera department. The performance is also a strong point of these smartphones. In fact, there is a big diversity of processors in these phones. The Vivo S16 packs the Snapdragon 870, the S16e the Exynos 1080, and the S16 Pro the MediaTek Dimensity 8200.

The Vivo S16 and S16 Pro are very similar in design and in some specs. Both phones have 6.78-inch AMOLED screens with a 120 Hz refresh rate. Both have curved displays with top-center punch-hole cutouts. These holes serve as a home for a powerful 50-Megapixel shooter. The selfie snapper has autofocus and dual LED flashes at the top bezel. When it comes to the Vivo S16e, the budget option, it has a smaller flat AMOLED screen with a 120 Hz refresh rate and a modest 16 MP selfie shooter.

The rear camera setup on the Vivo S16 Pro has a 50-Megapixel main camera which uses the Sony IMX766V sensor and Optical Image Stabilization. Moreover, it brings an 8 MP ultrawide shooter as well as a 2 MP macro camera. The vanilla phone has a 64-Megapixel main camera. That is the same camera inside the vanilla Vivo S15. It also has PDAF and OIS alongside 8-Megapixel ultrawide and 2-Megapixel macro units. The Vivo S16e has the main 50-Megapixel camera with f/1.8 aperture. However, its auxiliary cameras are simple – a 2 MP depth, and a 2 MP macro module. 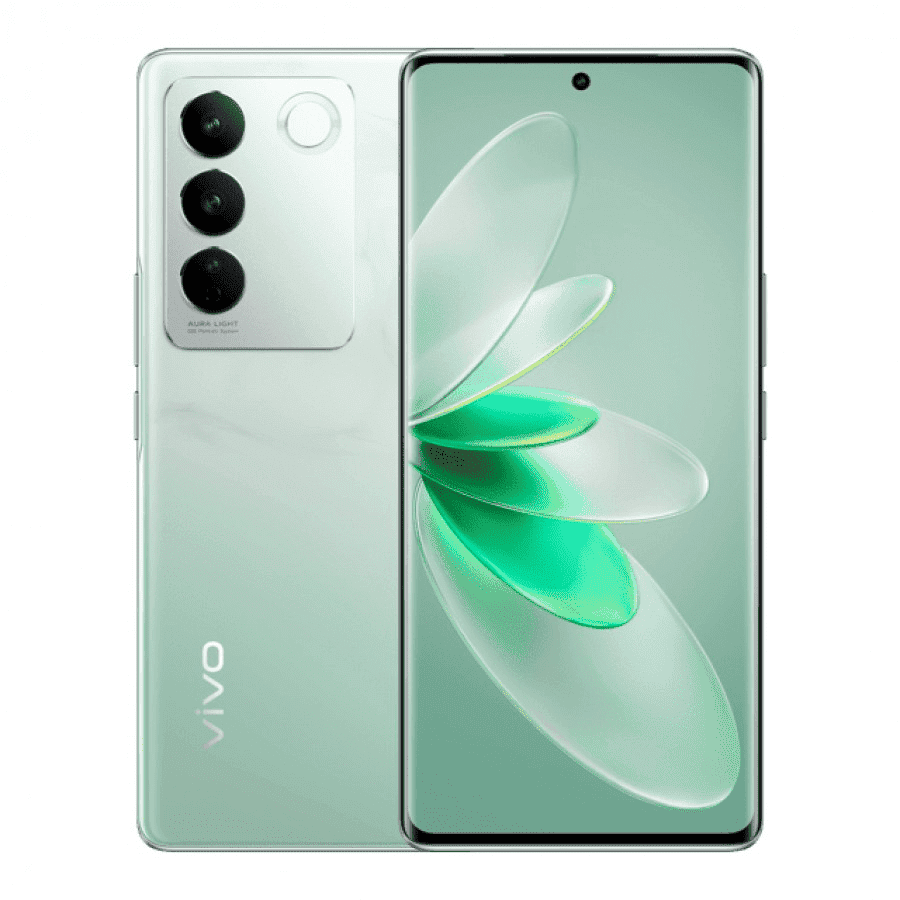 Performance and other specs

A notable characteristic of these phones is that each one brings a distinct processor, from a distinct manufacturer. The Vivo S16 packs the Qualcomm Snapdragon 870 SoC. The S16 Pro has a MediaTek Dimensity 8200, and the Vivo S16e has the Samsung Exynos 1080 SoC. The Dimensity 8200 has certain advantages when we look at the specs, however, some will still prefer the Snapdragon 870. In the end of the day, Qualcomm’s processor may offer better performance on games. The Exynos 1080 is the least powerful of the trio, but it’s still one of the best in a mid-range spectrum. 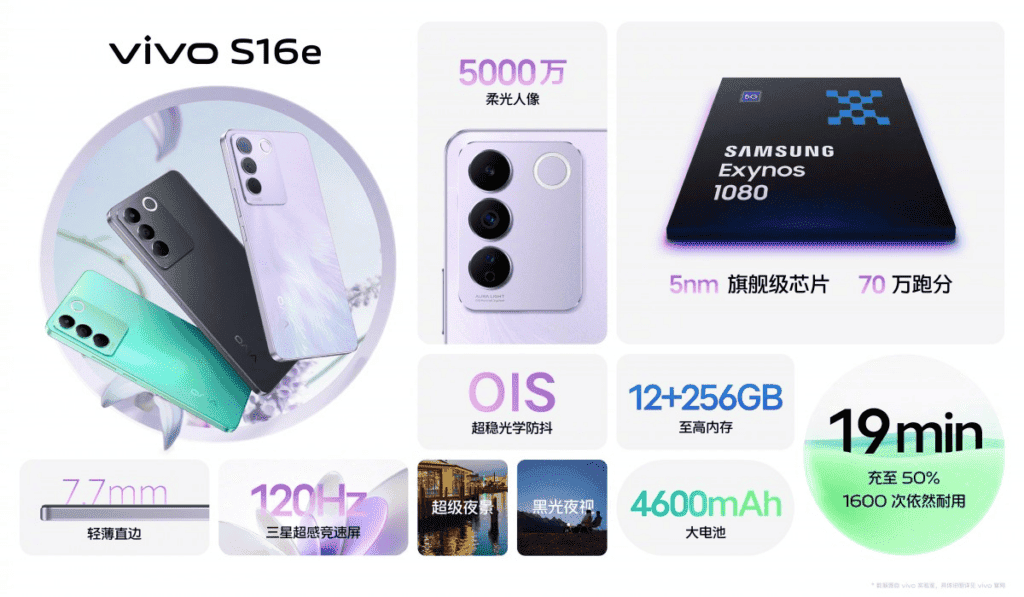 All phones bring a 4,600 mAh battery keeping the lights on. Moreover, they have the same 66W wired charging. In terms of software, the Vivo S16 and S16 Pro have Android 13 with OriginOS 3. However, the Vivo S16e brings the dated Android 12 with OriginOS Ocean on top. 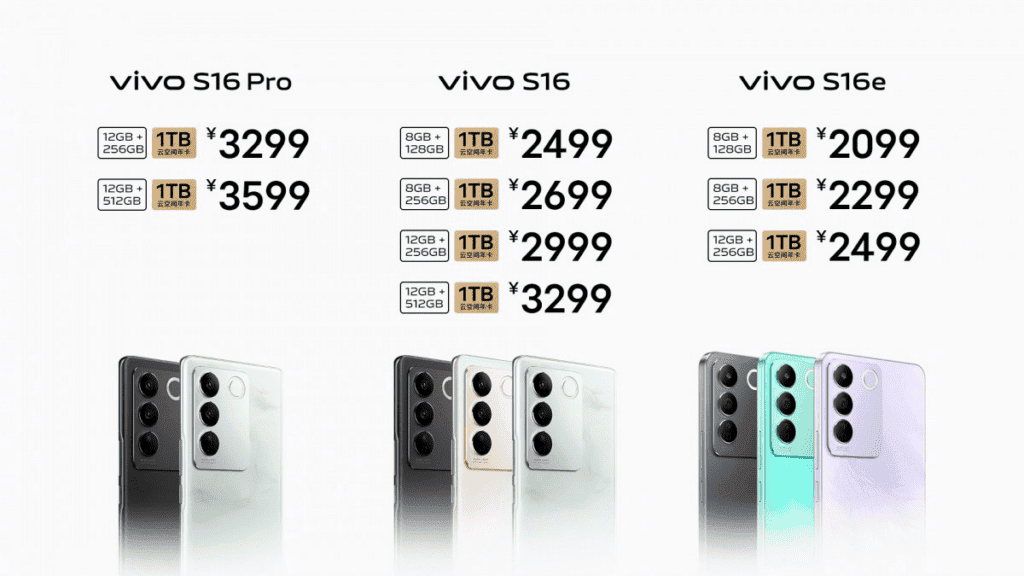 These Vivo S16 series will be up for sale on December 30 in China. There is no word on international availability. However, we assume these phones will be rebranded to Vivo V26, V26 Pro, and V26e once they get an international release. The Vivo V-series is often based on the Chinese Vivo S-series. That said, we expect the phones to get the same treatment.

Next Samsung Galaxy A74 is not coming, the A7x series is dead