Starting in 2023, Samsung will have the chance to introduce the Galaxy S23. New PCs running Windows should be released in collaboration with the Android flagship lineup.

Samsung laptops are getting generation updates every year. After the release of the Galaxy Book 2 line in 2022, the company is preparing a new generation. It is particularly dependent on unmatched proficiency and lightness and, as Samsung has confirmed, a Super AMOLED screen.

According to the SamMobile website, Samsung is already working on a new generation that will be unveiled at the start of 2023 with the Galaxy S23. 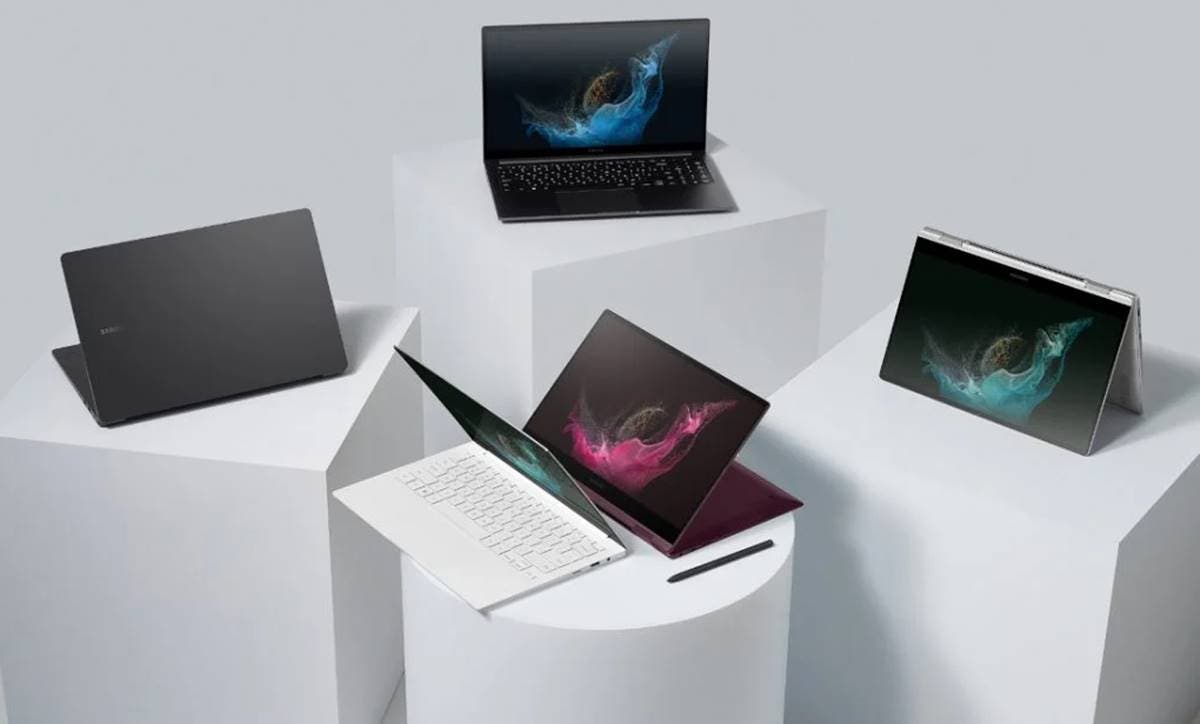 As a result, these new laptops would be introduced at Galaxy Unpacked, which is anticipated to happen in the first week of February. Although the Galaxy S23s will steal the show, Samsung should also highlight its new PCs.

Better screens, a 13th-generation Intel processor, and a new generation of Nvidia graphics chips should all be prominent features of the Galaxy Book 3.

Additionally, a laptop PC model with a Qualcomm Snapdragon CPU is possible. SamMobile is speculating a device that will use the Qualcomm Oryon chip in the future, but that seems much too soon. The first Qualcomm processor that can actually compete with the Apple M2 must be this new one.

Qualcomm discovers a new goal with Oryon. This CPU represents the company’s future both in the PC and the mobile devices.

Qualcomm has provided PC chips based on its Snapdragon architecture for a number of years. Despite having some intriguing components, PCs powered by the Snapdragon chip haven’t yet won popularity, and Qualcomm is well aware of this. As a result, the company bought CPU expert Nuvia for 1.4 billion dollars.

The Qualcomm Oryon CPU, the first chip to be available as a result of this acquisition. The release schedule for this new chip is unknown. We will be happy to learn that a laptop will get it in 2023.

Previous MIUI 14: Full List of Xiaomi devices that will get the new update

Next OnePlus 11 Will Bring At Least Three World Premieres