We knew that the Korean manufacturer will release a new laptop dubbed the Samsung Galaxy Book 2 Pro. Today, 91mobiles not only disclosed the key features of the upcoming series but also showed the promo materials. Looking at the shared photos, we can see that the lineup will include stylish laptops that are also quite powerful.

The Samsung Galaxy Book 2 Pro will be available in 13.3 and 15.6 versions. The laptop will also boast FHD AMOLED screens. The smaller-screen version will weigh as light as 0.87kg, whereas the latter is as light as 1.11kg. 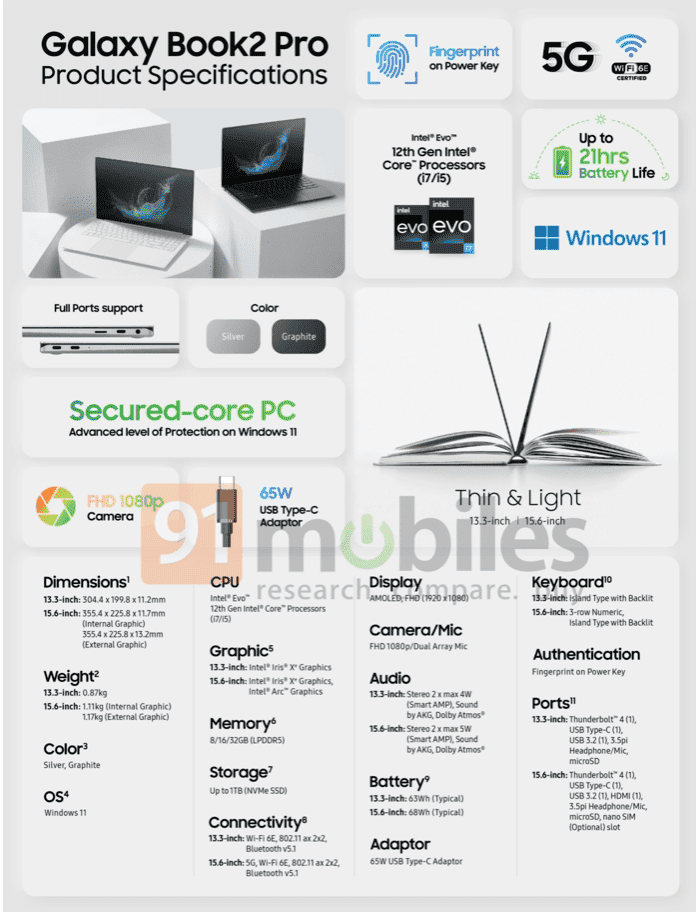 In terms of configuration, the Galaxy Book 2 Pro will feature the 12th-generation Core i7 and i5 chips and have up to 32GB LPDDR5 memory and 1TB SSD variant. At the same time, the larger-screen version will come with Intel’s Arc independent display.

Under the hood, the Galaxy Book 2 Pro 360 will sport the 12th-generation Core i7 and i5 chips paired with up to 32GB of LPDDR5 memory and 1TB of SSD. 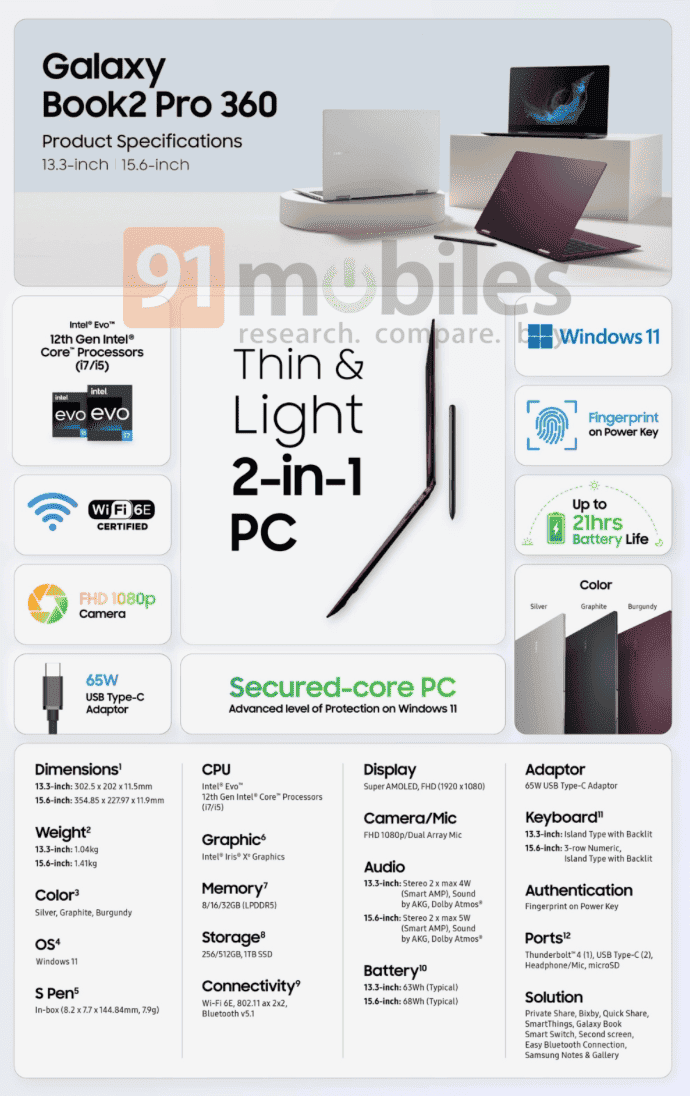 Samsung’s new laptops are going to be available with optional 5G connectivity, up to 21 hours of battery life, Intel EVO certification, and a 1080p camera.

MWC22 will be held on February 28. And there is every reason to think that Samsung may release the new Galaxy Book 2 Pro series notebooks at the pre-show conference.

What we knew earlier

Not that long ago, we saw the renders of the forthcoming Samsung Galaxy laptops. Particularly, the Galaxy Book Pro 2 360 variant shown in the renders is in burgundy red color. Although we think there will be more color options. The original source said that the Samsung Galaxy Book Pro 360 2 has the codename “mars 2” on the factory schematics documents. Thus, this is the successor of the first generation of the Galaxy Book 360.

However, Samsung hasn’t shared any information concerning these laptops. But recently, we have been getting more and more leaks. That’s why think that tomorrow Samsung will introduce these notebooks. And also, we guess Samsung will hold a separate conference to officially uncover them.