As expected, Samsung is unveiling the Samsung Galaxy F04 in India. The new smartphone is the lowest entry for the series and joins the gang of cheap phones like those under the Galaxy A0x series. The new phone packs a modest octa-core chip from MediaTek, a large battery, and promises two major Android upgrades. Without further ado, let’s see what the Samsung Galaxy F04 has in tow.

The Samsung Galaxy F04 packs a 6.5-inch LCD screen with an HD+ resolution of 1,600 x 720 pixels and 269 ppi pixel density. Unfortunately, we get just a 60 Hz refresh rate, but the processor inside this phone couldn’t withstand higher amounts. The panel also has a waterdrop notch for the selfie camera – a traditional design in the low-end market.

Under the hood, the Samsung Galaxy F04 packs the MediaTek Helio P35 SoC. This chipset has eight ARM Cortex-A53 cores split into two clusters of four cores and offers a max speed of 2.3 GHz. The phone has a modest IMG PowerVR GE8320 GPU and 4 GB of RAM. Besides the physical RAM, Samsung teases the RAM Plus feature that offers an extra 4 GB. Of course, the virtual RAM has its limitations and takes a portion of the internal storage. Worth noting that the phone has just 64 GB of Internal Storage. The phone also has a micro SD card slot for further storage. 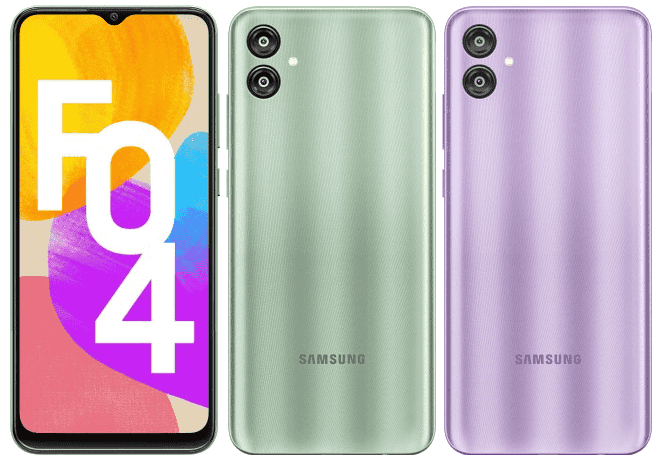 The Samsung Galaxy F04 runs One UI 4.1 with the old Android 12. Samsung promises two major updates, but we believe that Android 13 OS will take one of these. So, considering how old Android 12 is and how mandatory Android 13 is for a phone launching in 2023, then, in the end, it’s just one major Android update.

Read Also:  Samsung transfers more 5G patents to Huawei, up to 180 in total! 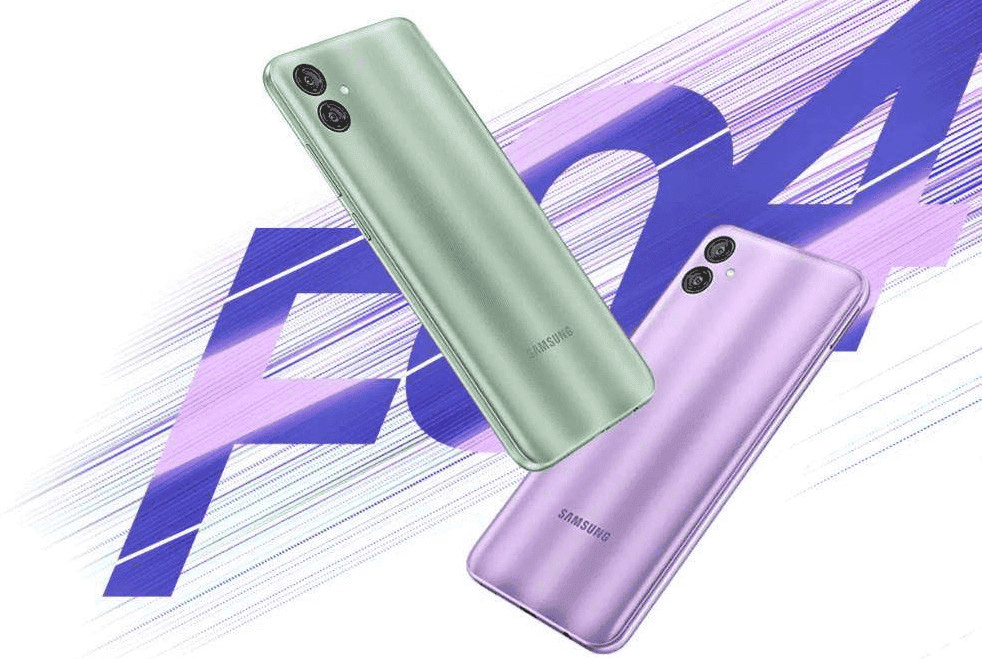 The Samsung Galaxy F04 draws power from a 5,000 mAh battery with 15W fast charging. It’s a surprise to see the phone getting more than 10W charging. It also has a dual-camera setup with a primary 13 MP camera, and a 2 MP depth sensor. For selfies and video calls, the brand has a 5 MP shooter.

The Samsung Galaxy F04 is available exclusively through India’s Flipkart e-commerce platform. The device sells for INR 9,499. However, there is an introductory offer of INR 7,499. The actual sales will start on January 12. This device may reach other markets with a different name.