Samsung is getting ready to introduce its flagship S23 series on February 1, but the Korean firm will also introduce the Galaxy A34 and A54, two brand-new, even more well-liked smartphones.

Like every year, Samsung’s success in this market should ensure that the new Galaxy A is a huge success rather than its individual technical specifications. The giant Korean company has been putting considerable effort into the new generation, which should this time have three primary variants.

The Galaxy A14, Galaxy A34, and Galaxy A54 are all present. In contrast, Samsung would have chosen to discontinue the Galaxy A74 in favor of introducing the Galaxy S22 FE. In any case, we now have a better understanding of the two most affordable versions. Particularly in terms of their appearance.

Design of the Samsung Galaxy A54 and Galaxy A34 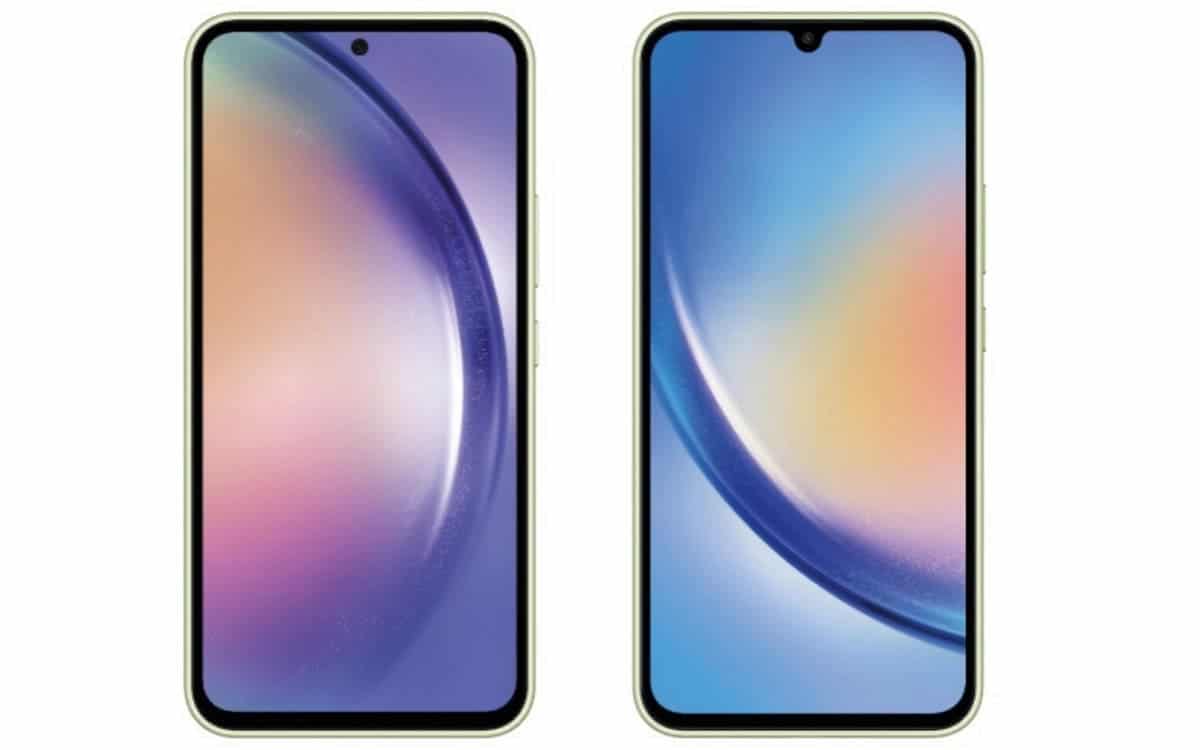 Evan Blass, a leaker, published two genuine photos of the Galaxy A34 and A54 on his Twitter page. We can see the front of the smartphones on these. Although the back side is not shown, we have already seen it in renderings from the leaker OnLeaks. Recall that the Galaxy A34 and A54 will, this year, adopt the Galaxy S23’s rear design. Which features three cameras positioned in separate islands.

It is therefore good news that Samsung has removed one of its ineffective camera sensors. As this will likely prevent the company from having to raise the price of its smartphone. However, the design of the Galaxy A and Galaxy S from the latest generations is now too identical, which may irk some fans who won’t like paying close to $1000 for a smartphone that doesn’t have a distinctive look.

We will most clearly notice the difference between the high-end variants from the front. The front camera will continue to be located in a notch at the top of the screen of the Galaxy A34. As can be seen from the official pictures. Although the Galaxy A54 is remarkably similar, it lacks a notch. In the upcoming weeks, Samsung is anticipated to reveal the details of its two smartphones.

Choose the Galaxy A54 Over the Expensive Galaxy S23 – Don’t Spend More Than You Have To!

Introducing: Vibrant New Colors of the Samsung Galaxy A54