Mobile data plans vary from carrier to carrier, from country to country. There are many factors considering its cost. In this regard, the latest report from Fair Betting Sites shows how smartphone data costs have changed drastically in recent years. For their research, they used data from over 5,000 mobile internet plans in 233 countries.

The US Carriers Offer Mobile Data At The Highest Prices

The changes in the plans in the US widened the gap between it and the rest of the world. Just to introduce it in colors, the cost of 1GB of mobile data is seven times more expensive than in the UK. 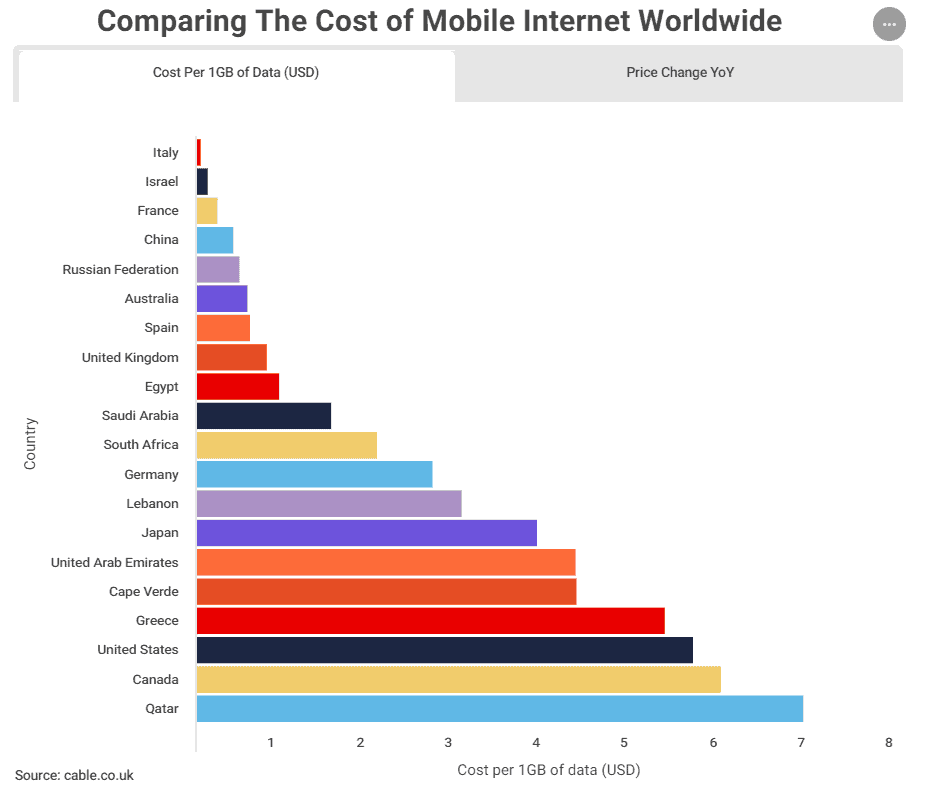 When it comes to the rate of mobile data, Israel is the country that offers the cheapest 1GB of data. For this, users have to pay only $0.04. This is not only the lowest rate in the world, but also it’s 3x less than the country next to it on the list.

Countries with the lowest cost have excellent mobile and fixed broadband infrastructure, which allows providers to offer large amounts of data for cheaper prices. Besides many infrastructural factors affecting the data rate, another reason is smartphone penetration. For instance, 75% of Israelis own a smartphone. By this metric, it even outruns the US.

Countries with the cheapest cost for 1GB of phone data

Generally, mobile phone data cost and the cost of 1GB of smartphone internet have nothing in common with the development level of a country. That’s why many countries with less-developed infrastructures and weaker economies rank higher than the US.