Every year, we see new smartphones that take the bar higher. The current low-end models are a head higher than the premium models launched a few years ago. This is normal. This is how the world develops. But it seems nothing can help the smartphone market from tumbling. The latest report by Canalys not only proves these words but also shows the speed of the downfall. 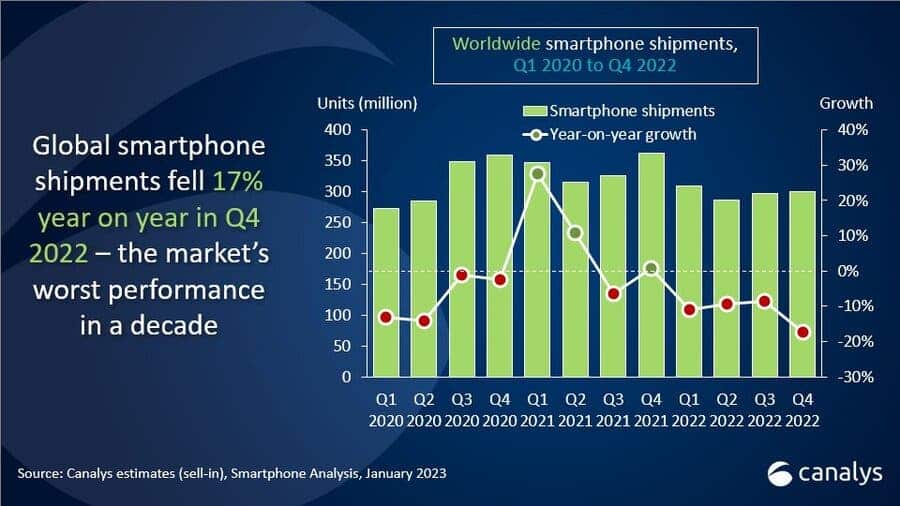 You might think there is nothing surprising because Xiaomi has been always working hard. But it’s twice more difficult to achieve such results in the current economic situation. For Xiaomi, India is one of the main markets. But even after force majeure issues in this country, Xiaomi still maintained a stable level of global market share. It is mainly due to its extensive market layout. 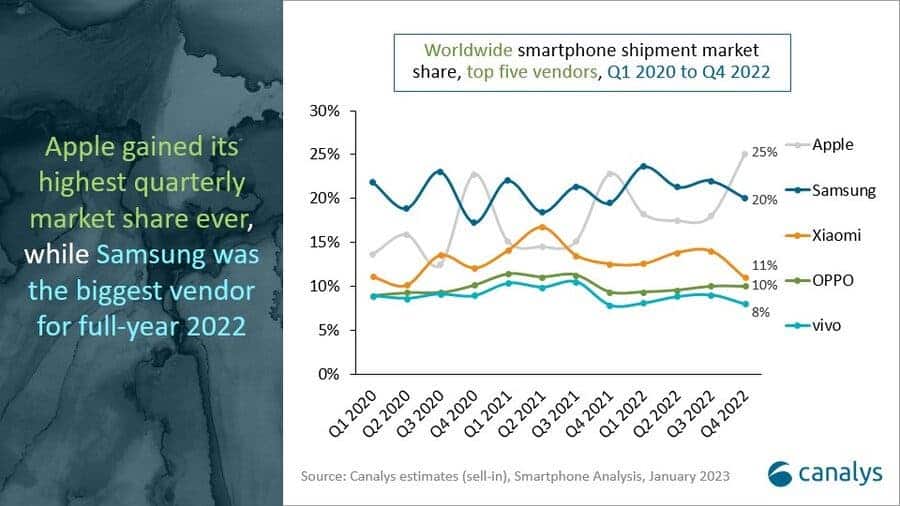 By the way, in the third quarter of 2022, Xiaomi was among the top three in 52 markets around the world and the top five in 64 markets.

When talking about such results, we should mention the Xiaomi 13 premium smartphone. It has collected the best features in one and has almost no rivals. Well, maybe, only the OnePlus 11 can make a competition with it.

Well, the overall picture is deplorable. Global shipments of smartphones fell by 17% in the fourth quarter of 2022. For the whole year, the drop was 11%. In numbers, the smartphone market shipped less than 1.2 billion devices. These are the worst annual and fourth-quarter figures in a decade. 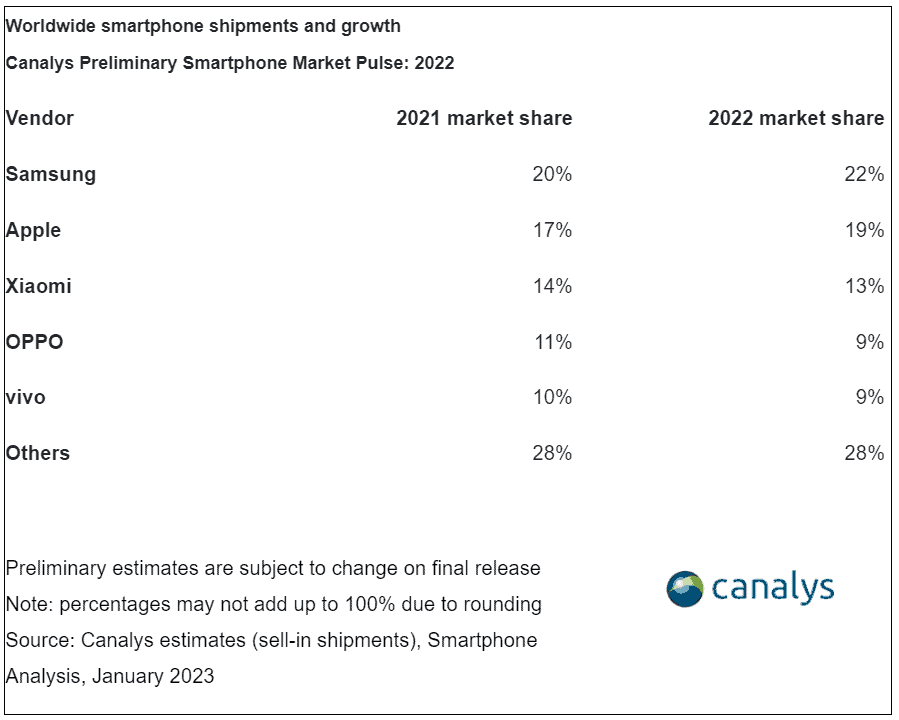 Apple regained the top spot in the fourth quarter of last year and achieved its highest quarterly market share of 25%. Samsung ended the quarter with a market share of 20%. It was still the largest supplier in 2022. Oppo and Vivo are in the top five, occupying 10% and 8% of the market, respectively.

Previous Here Is Why ChatGPT Is Not Available In Ukraine Anymore

Next Russian Hackers Use ChatGPT For Various Cyber Crimes