Qualcomm is reportedly developing a chip that will compete with the future M-series of Apple. According to prior reports, the new processor has the codename “Hamoa.” Well, a new report that has just surfaced online suggests that the SoC will be marketed as “Snapdragon 8cx Gen 4” instead.

However, that is not all that the recent report has shed light on. It came with some key information about what the SoC might come with. And most importantly, it gave us a hint at how well the Snapdragon 8cx Gen 4 might take on Apple M-series processors.

Previous reports stated that the Snapdragon 8cx Gen4 would be a 12-core processor. Ever since then, we did not get much info about it. Well, apparently, Qualcomm is working on multiple chipsets at the moment. But the 8cx Gen4 is going to be the star of the show.

The new chip is said to deliver the most performance out of all the processors Qualcomm is currently working on. From the recent report, we got to know that there will be four power-efficiency cores and eight performance cores. However, the leakster does not state whether the Snapdragon 8cx Gen 4 will come with Oryon cores.

Now, in case you don’t know, Oryon cores are custom solutions that will be made possible thanks to a recent acquisition of Qualcomm. Yes, it’s Nuvia. 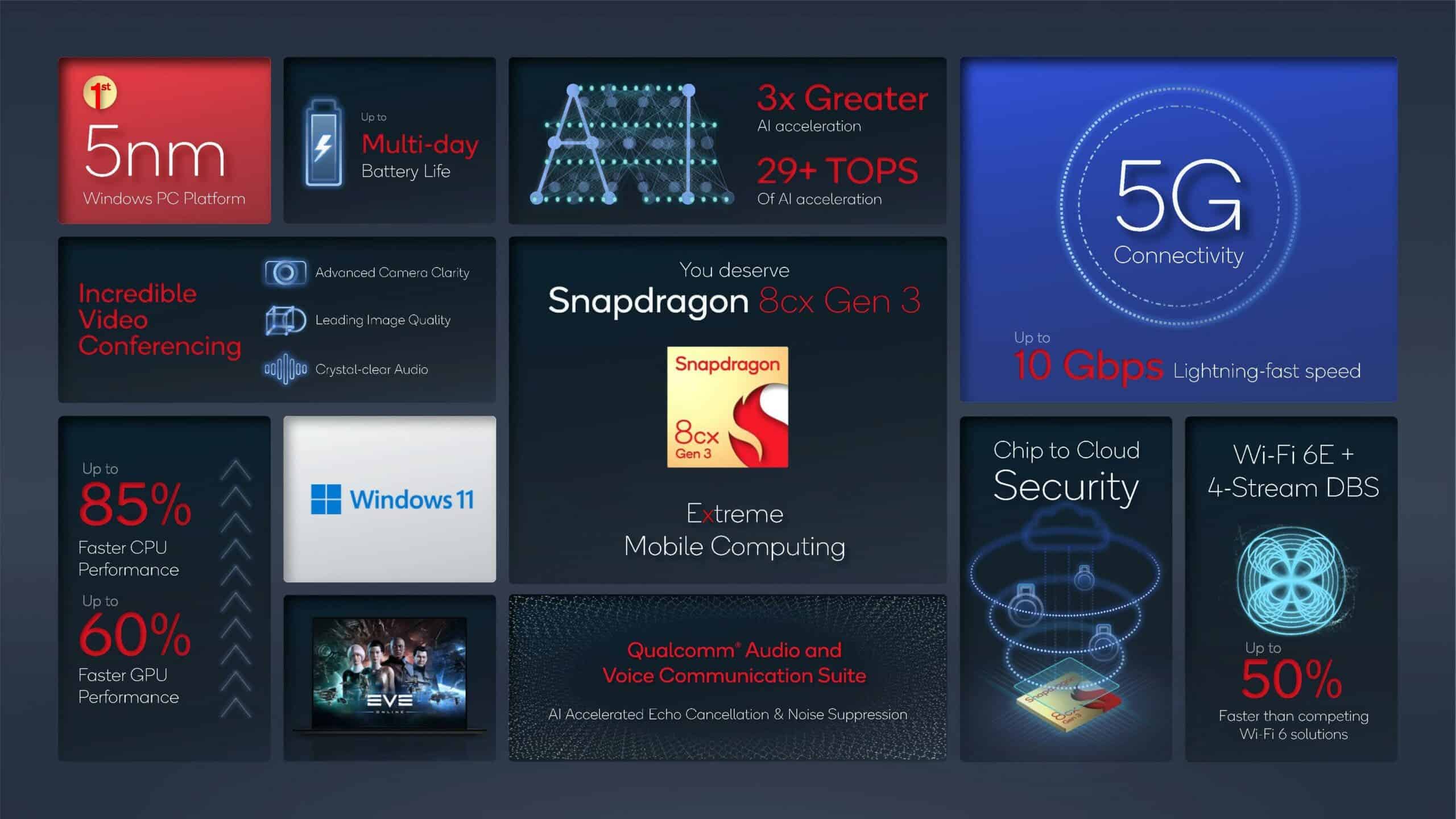 Regardless of that, apparently, Qualcomm is currently testing the Snapdragon 8cx Gen 4. And through the test, Qualcomm has managed to get the performance cores to run at 3.40 GHz. At the same time, it got the efficiency running at 2.50 GHz. These clock speeds are not confirmed yet. So, the final version of the SoC might come with different clock speeds.

Moving on to the system cache of the Snapdragon 8cx Gen 4, the SoC says that the block of 4 cores has a 12 MB L2 cache. And the L3 cache for the block is supposedly 8 MB.

Read Also:  What You Need to Know about Snapdragon 8cx Gen 4? 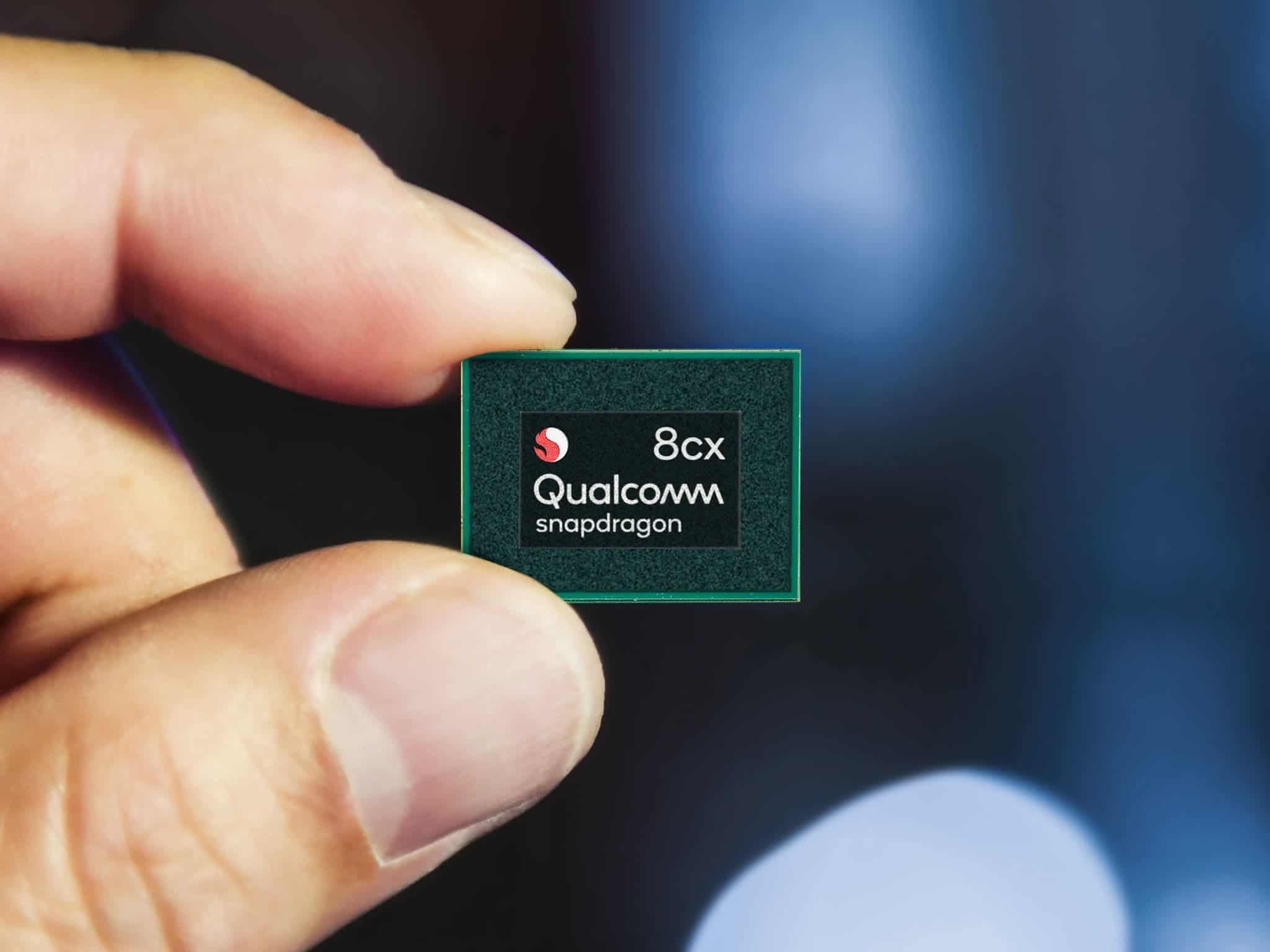 Interestingly, Qualcomm is not working on a new GPU for the Snapdragon 8cx Gen 4. Instead, it is said to come with Adreno 750, which is the same GPU that is inside the Snapdragon 8 Gen 2. While it is a very powerful GPU, it might face a lot of limitations when a Windows notebook is utilizing it.

How Does It Compare With M2 Pro and M2 Max

The M2 Pro and M2 Max are currently limited to LPDDR5, the Snapdragon 8cx Gen 4 could come with LPDDR5x. And most importantly, the SoC can support up to 64 GB of RAM. But that is not the most interesting part at all! The chip can offer an option to run the memory at a lower frequency of 4.20 GHz. So, the battery life is going to be amazing.

Furthermore, the chip will come with WiFi7 and rely on an external Snapdragon X65 5G modem. And surprisingly, the Snapdragon 8cx Gen 4 will even offer discrete GPU support over 8 lanes of PCIe 4.0. 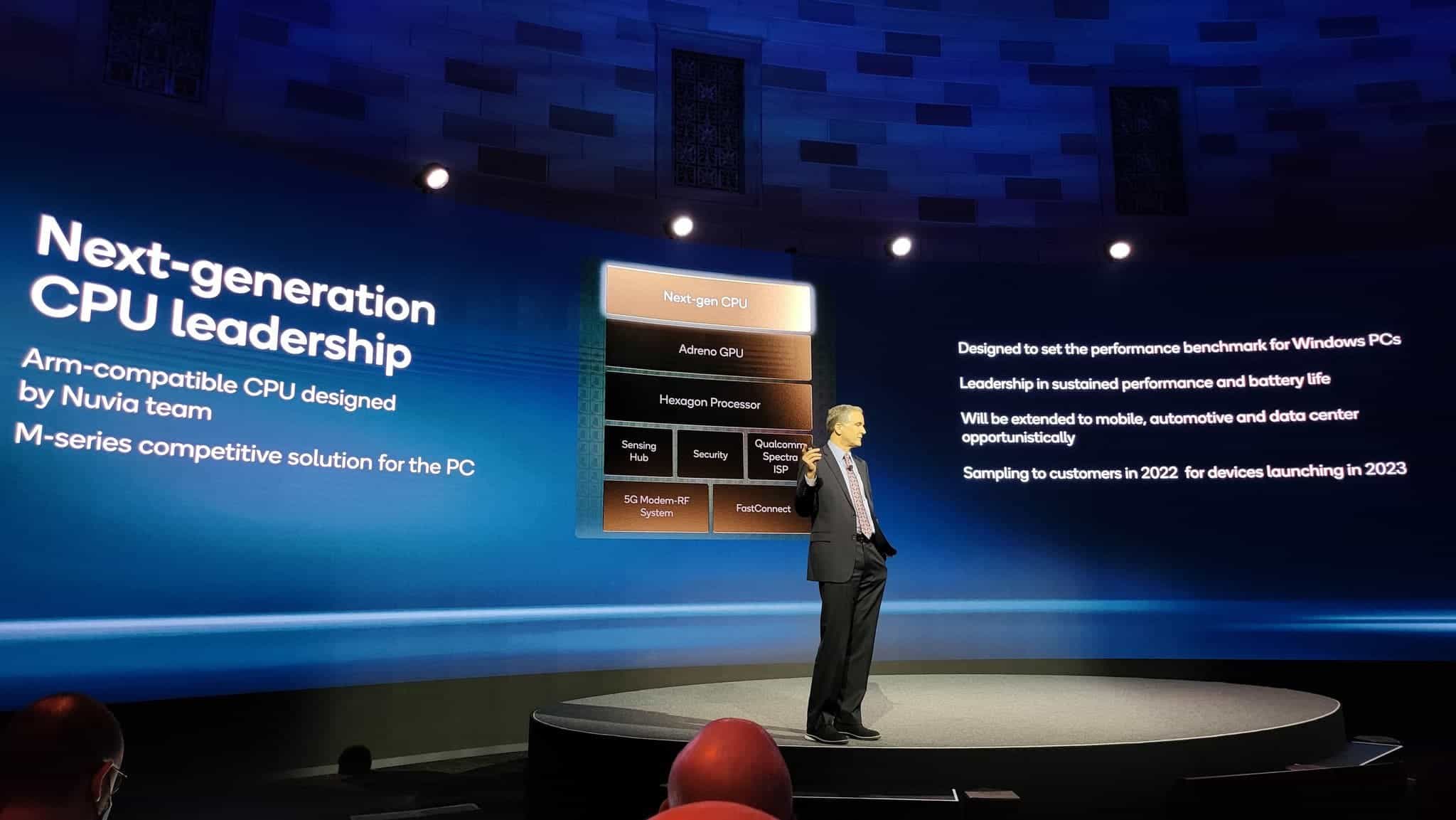 There are also 4 lanes of PCIe 4.0 for NVMe drivers. And the SoC will have 3.0 lanes reserved for the modem and WiFi card. Qualcomm will also offer the manufacturers the option to use the UFS 4.0 onboard memory instead of PCIe. In that case, the Snapdragon 8cx Gen 4 will come with a dedicated storage controller.

Qualcomm is also running the extra mile to offer users the ability to use high-resolution monitors. That will help the 8cx Gen 4 better compete with the latest 2023 MacBook Pro models. And from what the current information says, the CPU will be a great competitor to Apple M-series SoCs.

Previous iPhone 15 Ultra: A Design Evolution or a Copycat of Android?

What You Need to Know about Snapdragon 8cx Gen 4?