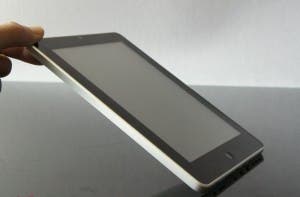 Oh dear! Oh deary me! All the rumors pointed at a November launch of a smaller 7-8 inch iPad. All the gadget blogs said it was going to happen, there were even ‘sneak’ shots of ‘prototype’ bezels, but nothing! Well except a rather splendid looking Macbook Air refresh (which has already seen the clone treatment).
It’s not just us gadgeteers who’ve been let down by the lack of ‘iPad Mini’ (is the iPad really that big?) but also the Shenzhen clone makers!

This (again) rather splendid looking iPad clone was ready to launch at the exact moment Job’s and co. were expected to launch the newer, lighter, more e-book friendly ‘Tiny’ iPad.
There was no iPad refresh however, and this little guy has had to drag itself into the market only to be compared to the rest of the clones already available. 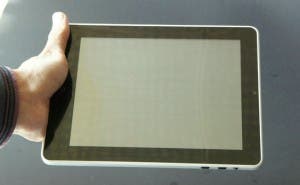 Take a second to look at the little guy though! If Apple had made an ‘iPad Nano’ wouldn’t it have looked like this?

Sure those mini USB ports and micro SD card reader aren’t likely to make it on to an iPad anytime in the near future, but the overall look is pure iPad! 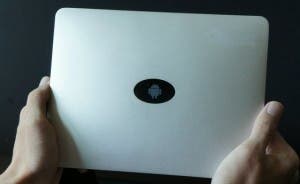 Under the skin lies a 720Mhz CPU plus 256Mb of RAM and 2Gb of built in memory. The built in 3800mAh battery should keep you online for a few hours and the 3G plus WIFI connection will keep you entertained.

Previous This Watch Phone Won't Deflect Bullets, But It Will Take Shady Photos