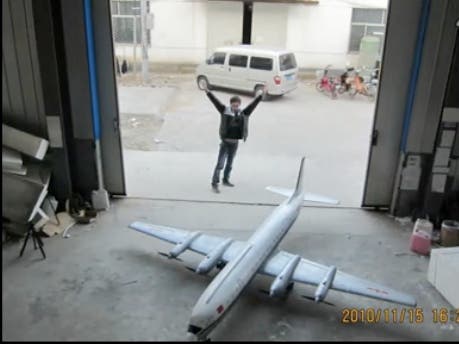 Wait! I may have been a little too hasty! That isn’t a giant that’s a regular bloke! With a huge model airplane!

This enormous flying, yes it takes to the air (video after the jump) plane took 6 months to complete, weighs approximately 25 kg, has a wingspan of 4 meters, can reach an altitude of 100 meters and can be fully charged in 10 minutes. 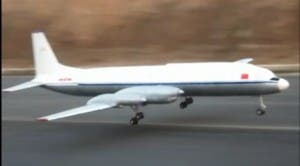 The model is based on the IL-18 Soviet aircraft which was used during most of the 1950’s in China until jet engines (pun alert) took off!

Previous Beijing's most flamboyant Gamer Spends 15k To Play By Himself!