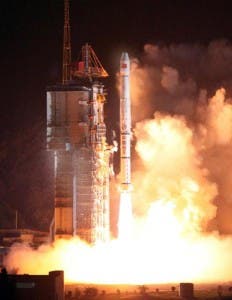 China launched its lateest Long March series rocket yesterday from the Xichang Satellite Launch Center in Sichuan Province. On board was the Zhongxing 20-A communications satellite, who has the very important role of improving TV and radio broadcasts signal strength!
China has launched 135 Long March Series rockets since April 24th 1970, when Long March-1 took China’s first satellite, Dongfanghong -1 to orbit.

Next Android iPhone 4 Clone Gives you the Best of Both Worlds: Video