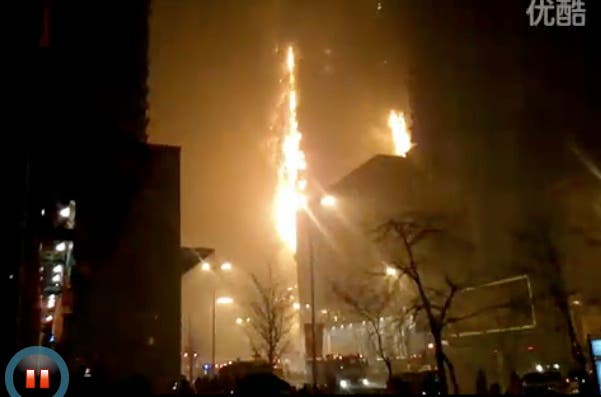 The Sheraton Shenyang Lido Hotel, the tallest building in Shenyang, the capital of Liaoning Province caught on fire during a Chinese New Year firework display.

The 20 storey hotel is also one of the tallest buildings in the city meaning fire fighters had difficulty tackling the blaze.

Around 50 guests were evacuated, but there has been no reports of injuries.

A blaze similar to this took place last November in Shanghai killing 79 people. Due to the height of Chinese skyscrapers the Chinese government have started to develop and make new fire fighting vehicles like this jet powered fire truck which can shoot water to heights of up to 120 feet!

Next Light Sabres and 150 Hula Hoops! It Must Be Chinese New Year!