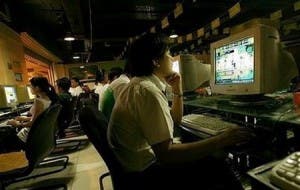 Just walk down any street in China and you are likely to come across at least one very large and surprisingly well decked out ‘net-bar’ or ‘internet cafe’. But unlike the net bars of old in the States and Europe these highly populated PC rooms are mostly dedicated to online gaming rather than casually internet browsing.

This popularity in online gaming as well as the country have some of the largest online game developers on the globe has really boosted China’s online gaming market.

A consulting firm named Pearl Research has been monitoring this sudden surge in growth which started as a sluggish start in early 2010 to sudden burst in activity and ultimately being worth $5 billion by the years end, and predict the growth could hit a peak of $8 billion by 2014!

It’s not just online gaming that has helped growth and profits sky-rocket over the past few months but also popular micro-blogging sites such as Sina’s Weibo, which is similar to the Twitter.

Previous Novo Series Tablet Finally Show Up But Without Android 3.0