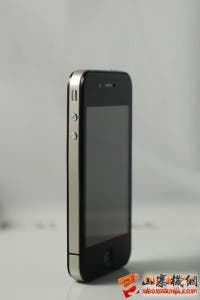 There are iPhone 4 clones and there is the Gooapple G22! This iPhone 4 clone not only looks awesome, but it’s gets a full vanilla install of Android 2.2, a very responsive capacitive touch screen, but best of all the super low price of 999 Yuan ($152). 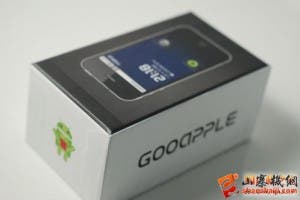 It seems to us that the Shenzhen factories have finally got the outward appearance of the iPhone 4 down to a tee and are now concentrating more on the function rather than form, and the Gooapple G22 really confirms that for us!

The outward design is pretty much identical to a genuine iPhone 4, unless of  course you take a look at the back panel and see the Android logo or turn the phone on that is! 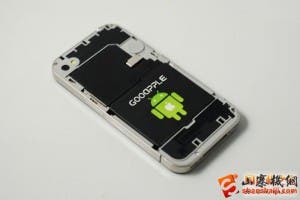 Speaking of the back, the rear panel is removable so you can swap the battery and fit the SIM card and micro SD card for your applications and media, there is also a 5 mega-pixel camera too. 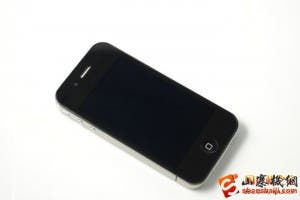 On the front there is a 3.5 inch capitative touch screen, front video chat camera and also a physical home button. As this is an Android phone you’ll be probably wondering where the back and options buttons are, well they’re in exactly the same place as you would expect to find them either side of the home button. Where as the home button is a physical unit the other 2 buttons are touch buttons built in to the glass panel itself. 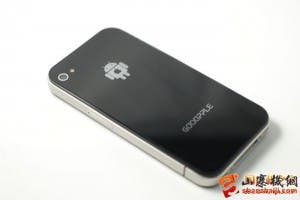 Turning the phone on brings up the brightly colored Gooapple logo and droid munching on an Apple boot up animation. Once started you are presented with your standard Froyo 2.2 unlock screen, which seems to be sporting a HTC inspired wallpaper.

Swiping from left to right to either unlock the screen of flick through the apps proves to be fast and smooth which really is a shock for a phone costing so little.

The UI is standard Froyo, but some parts have been made to look more Apple like, such as the camera button for switching from front to rear camera, or the ebook reader which looks and acts much like iBooks.

For the money the G22 Gooapple looks like a bit of a steal and would make a great second phone or entry level unit, but for those who want a bit of 3D gaming while on the go the G22 isn’t likely to impress due to it’s lower than average CPU speed, dual core CPU running at 270 +460Mhz.

We’ll bring you more on the Gooapple soon.