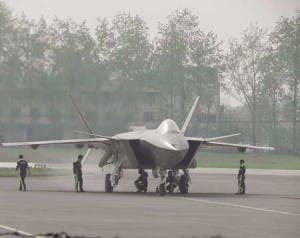 The Chinese press are reporting that a plane which may or may not be the latest J20 stealth fighter has made a successful 2nd test flight which happened on Sunday, which coincidentally was also the 60 anniversary of China’s aviation industry.

The alleged test flight took place over Chengdu Aircraft Design Institute’s airfield in Sichuan Province, but it was unclear whether the plane was the J-20 prototype.

Eye-witness cheered at the sight of the plane and claimed the pilot made several passed and rolled the J20 as it passed.

The first J20 test flight took place back in January.

Next Xinhua Launches Its Own Micro-blog