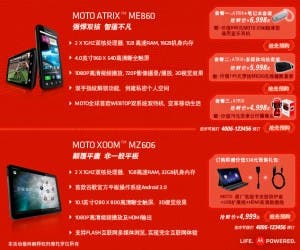 Like many a manufacturer today Motorola are hoping to tap in to China’s wealthy young adult market by launching their 2 top of the range Android devices. Unfortunately they are both coming with compulsory silly price tags attached to them. 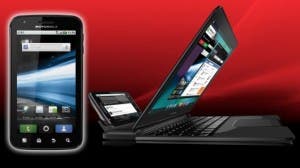 The Xoom will be on sale for a whopping 4999 Yuan ($770) while the Atrix smartphone/tablet/netbook/coffee maker thing will be available in a choice of packages with bundled in equipment, the cheapest of which will be 4998 ($770) with the most expensive option reaching 6998 Yuan ($1078)!!.

Previous The Motorola Xoom Will Fail In China Too