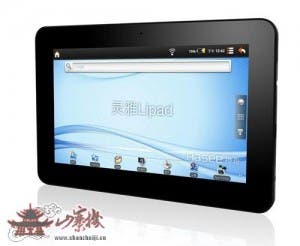 Just as new digital product in the U.S have to pass FCC laws and inspection before they are launched, electronics devices in China also have to pass a similar scrutiny called ‘3C’.

Just like the FCC, China’s 3C must publicly make all their findings public which sometimes makes finding the latest gadget that much easier to find.

The most recent device to get it’s 3C approval was Hasee’s Nvidia Tegra 3 Android tablet called the LiPad, which passed it’s inspection on May 13th.

Most interestingly though is the news that this tablet is likely to be available under OEM to other brands, and that the Hasee branded version of the LiPad could go on sale for as little as 1700 Yuan (260 USD) 300 Yuan cheaper than previously expected.

If these prices turn out to be accurate and the LiPad is packing pair of cameras plus GPS at launch, Hasee could be on to a serious iPad beater!

Previous China Mobile Confirms Next Generation iPhone To Be 4G