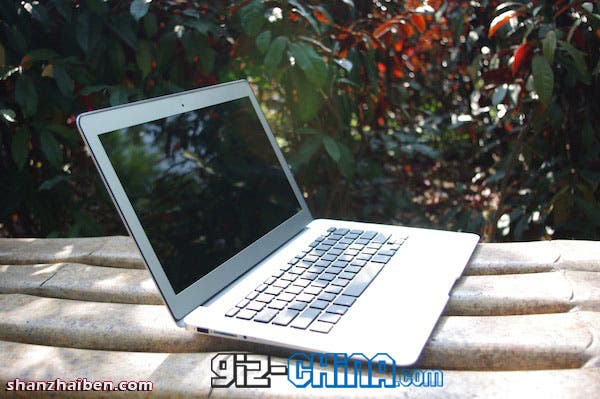 Remember a few weeks ago when we published photos and specification of a Chinese made Macbook Air knock off ultrabook? If not take a look at our previous posts here.

Now we finally get to have a good in the metal look at the Chinese MBA clone, and it looks even more amazing than we hoped!

Take a look at the photos and get the full specification of the Macbook Air knock off after the jump!

Like the genuine Macbook Air this knock off seems to be made from a single piece of aluminium with a built in battery and 13.3-inch LED screen. 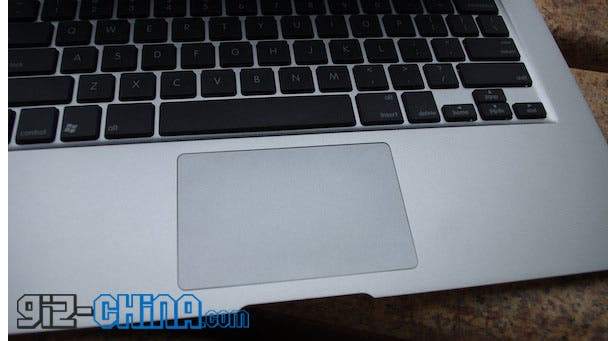 Also like the real MBA this clone manages to cram all of its inners inside very little space, and in fact measures only 1mm thicker than the genuine machine. The clone measures a svelte 5mm at its thinnest tapering to 20.4mm at the thickest point.

Weight is very impressive too weighing in at only 1.33 kg.

Specification wise, this knock off Macbook Air share more similarity with a cheaper netbook which isn’t necessarily a bad thing for a lightweight laptop designed for use while on the go. An Intel Atom CPU N2800 processor clocked at 1.86Ghz, with 2G DDR3 memory, built-in SSD should be more than enough for web browsing, emailing and general typing duties. 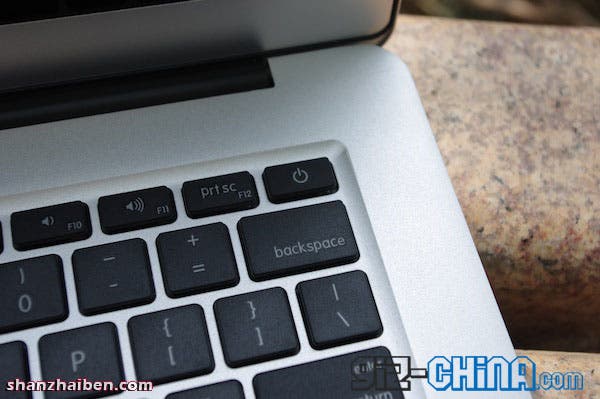 When we first saw the Macbook Air clone we weren’t even sure it was a true clone as it simply looked to good to be true, and our opinions on the look and quality haven’t changed, this knock off is simply stunning!

2 x USB ports, SD cards reader are also present, but you also get the benefit of a built in HDMI out, something which the real Macbook Air doesn’t get. 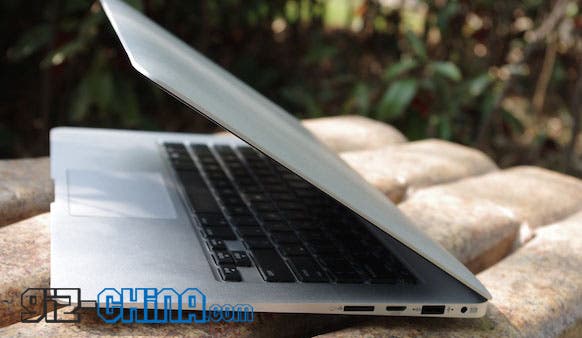 A chiclet keyboard, web camera and a very large touch pad make up the rest of the very convincing MBA appearance!

We’re still not sure when the knock off will be available but pricing is said to be around the 3000 Yuan mark ($471) once released, but don’t expect it to run OSX, well not until the Hackintosh crowd have had a go at it anyway!

Next Meizu Launching 'International' Version of Meizu MX in January!