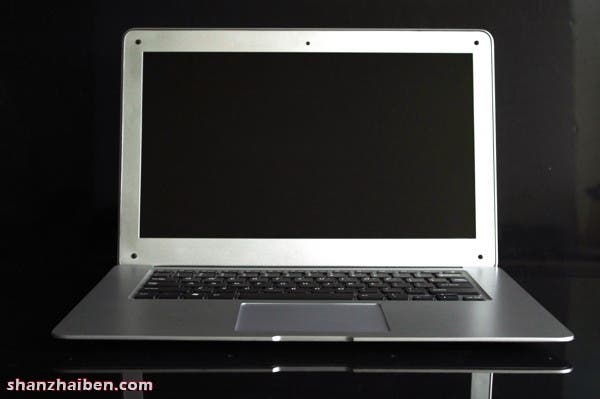 There has been a lot of talk, rumor, hope that Apple might be planning to launch larger versions of the svelte Macbook Air range of ultra books, but it seems again Chinese manufacturers are beating the big Apple to it!

Chinese factories have made a habit (business) out of releasing clones of popular products while either adding much requested features the genuine versions lack, or by trying to release a knock off of a next generation product.

We saw this yesterday with this Xiaomi clone which features a front camera, and last year when Chinese companies started making iPhone 5 clones (we have seen iPhone 6 phones since then).

Now with rumors that Apple could possibly replace the Macbook Pro range of laptops with thinner Macbook Air inspired computers, Chinese companies are attempting to beat Apple to it. 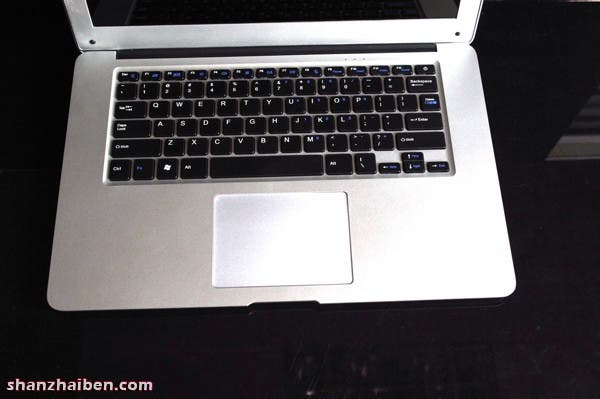 Case in point is this 14 inch screen Macbook Air knock off which has recently been released in Electronics markets across China.

Like previous versions of MBA clones this larger model gets an ultra thin body, SSD storage, SD card reader and HDMI out, and even a MagSafe charger but also manages to squeeze in some new features such as a replaceable battery and built in ethernet (under a small tab).

Unfortunately like the rest of these Macbook Air clones this ultra portable laptop doesn’t come with Max OSX Lion but rather Windows 7 Ultimate.

If you would like more details about this 14.1 Macbook Air knock off or the other devices on Gizchina.com contact us now!

Previous Could this Xiaomi Clone Be Better Than the Real Thing!

Next Apple Not Happy With Early 4G LTE iPad Review!