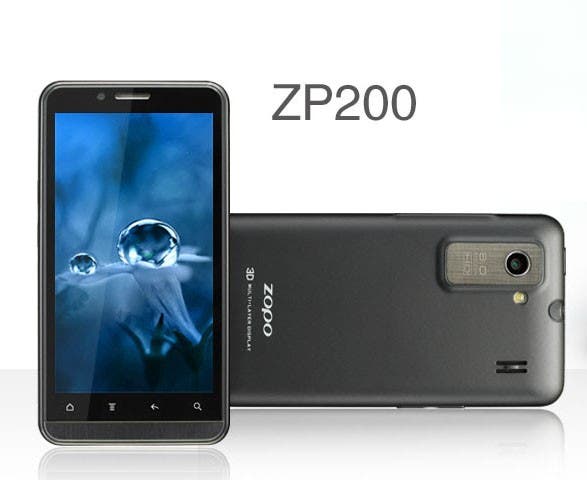 Zopo have just released their ZP200 Android Ice-cream Sandwich smartphone in China, a phone with a similar price and specification as other Android phones on the market, but will  a Sharp Glasses-free 3D screen.

Glasses-less 3D phones are nothing new, LG launched the Optimus 3D a while ago, but the Chinese made Zopo ZP200 is the first 3D phone with an affordable price tag.

For a reasonable $299 you get a 4.3 inch capitative touch screen with a resolution of 960 x 540 which brings you crisp 3D images, a rear 8 mega pixel camera, front video chat camera, a single core cortex A9 1Ghz CP, plus 1GB DDR2 RAM!

The phone comes pre-installed with Android 2.3 Gingerbread, however an Android 4.0 update is in the works and promised to be available very soon.

Next Download Angry Birds Rio for your Android Device Without the Android Market!