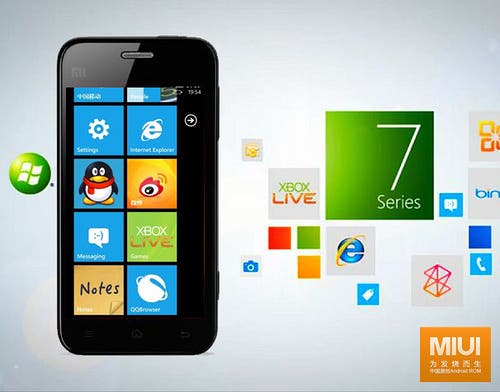 After setting the Chinese mobile industry a blaze last year with their release of the Xiaomi M1 Android smartphone, Chinese startup Xiaomi are now aiming to tackle the Windows phone market.

At present there are very few Windows 7 phones on the market in China, Nokia being the only company which have tried to set foot here with such a phone, so Xiaomi would be entering an untapped market.

The rumored Windows phone is expected to run a dual core cpu at roughly 1Ghz, so not as powerful as the 1.5 ghz dual core M1 Android phone, and is expected to ship at the very low price of only 899 Yuan! ($145).

We at Gizchina really would love to see more Window’s phones arrive in China, and if Xiaomi are planning to add their custom MIUI to one at a super low price, we may just be tempted to pick one up as a backup phone!