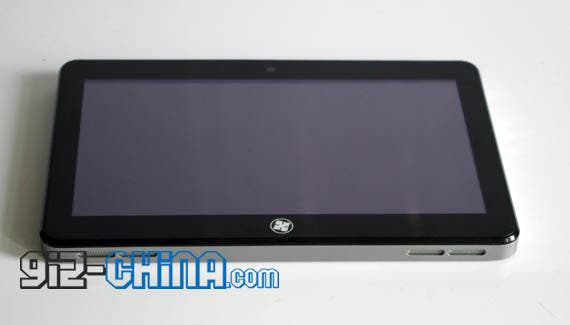 If you are the type of tablet user who want’s their cake and to eat it you will be happy to hear another dual boot tablet has hit the market. This model boasts both Windows 7 and Android 4.0.3 ICS full details below!

As you would expect from a tablet which can run both Windows and Android, the specifications read much more like an netbook rather than the typical Android tablet specs.

An Intel Atom N455 1.66Ghz CPU heads up things with 2GB RAM and a 16GB SSD taking care of the memory duties.

There are also a full detail of ports, plugs and expansion areas including a mini VGA out, microSD card reader, 2 USB, ethernet plus Wifi and Bluetooth.

Other than the fact this tablet can boot in to either Windows or Android OS another stand out feature is the inclusion of 3G, something which many Chinese manufacturers leave out due to cost restraints.

Design wise the dual booter is extremely underwhelming and almost looks a little DIY, however if you are looking to run both operating systems this may be the tablet to look at!