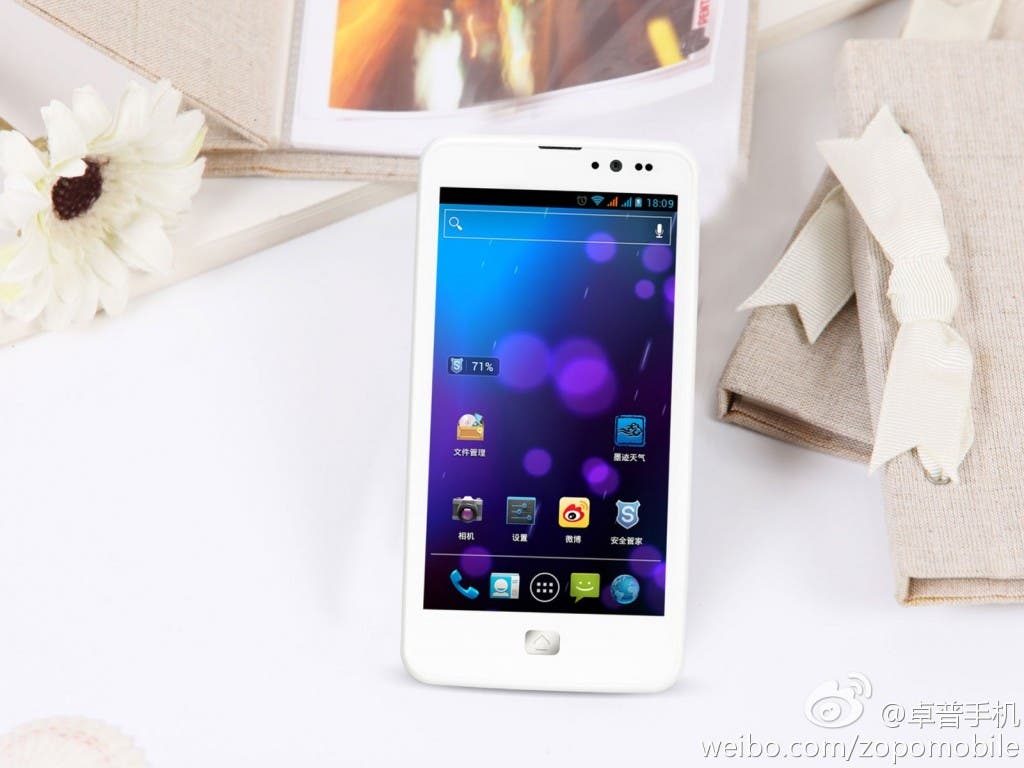 Zopo have just announced that they are releasing an all new smartphone on to the market this coming June. The all new ZOPO ZP300 Field will boast the same low cost high performance package as previous ZOPO phones but with a few notable updates including the screen.

The new ZOPO ZP300 Field is an all new Android ICS smartphone from Zopo which they plan to have on the market by the middle of June.

Like the Zopo ZP100 and the glasses free Zopo Zp200 smartphones, the ZP300 gets a 1Ghz Cortex A9 CPU, a 5 mega pixel auto focus rear camera from Sony and the latest version of Android, Android Ice-cream Sandwich.

What’s new for the ZP300 Field is an all new stylish design, which will be available in either black or white, and the introduction of a 4.5 inch LG touch screen to the device.

The new LG screen features an impressive viewing range and boasts a HD resolution of 1280 x 720 !

Besides the new screen and Sony rear camera other specification highlights include  a 2 mega-pixel camera in the front, PowerVR SGX531 GPU, built in  GPS/AGPS, GSM+WCDMA, plus Bluetooth and Wi-Fi.

Get more ZOPO news and buy your own ZOPO phone here!