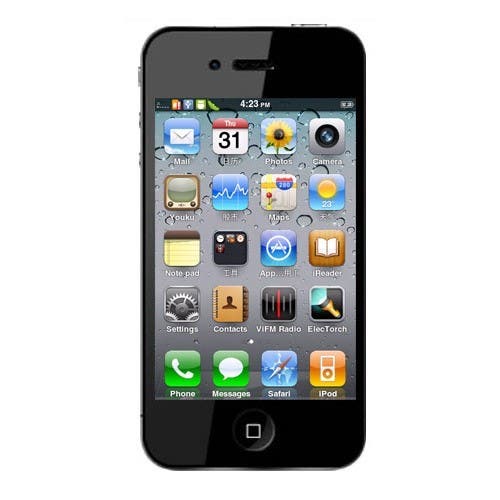 We all love to grab a bargain, so with it being Friday I thought I would share not one but two excellent gadget bargains with you all. Best of all both are iPhone 4S shaped and internationally available bargains!

The GooApple 3G and the later GooApple V5 with Retina display have long been our favourite knock off iPhone 4S available. Not only do they both offer a near perfect iPhone 4S body but they both also boast the most realistic iOS clone OS based on Android that we have ever seen and used.

Both versions of the GooApple can be purchased over at Android-Sale.com along with the new and improved GooApple Y5 which sports a faster CPU.