Chinese phone maker Zopo have just unveiled there large screen dual-core Zopo ZP900 phone and its a doozy. More details and photos of this Galaxy S3/Note mashup after the jump.

Zopo have decided it’s about time to leave ‘small’ screen phones behind and have stepped up in to Samsung Galaxy Note teritory with their soon to be available 5.3 inch dual-core phone, the Zopo ZP900!

As you can see from the photos the Z900’s styling has been heavily influenced by both the Samsung Galaxy S3 and it’s larger brother the Galaxy Note. In my opinion its a very pleasing design and one which is likely to appeal to many shoppers who are after big brand quality and performance at local Chinese phone brand prices.

That large screen measures a full 5.3 inches and features  a resolution of 960 x 540 which isn’t as good as some phones, but is more than enough for a lower price point device.

Under the large screen and handsome body a dual-core Cortext A9 processor works along side 1Gb RAM to keep things moving while an Android Jelly Bean 4.1 OS should keep avid Android fans more than happy!

Other great features of the Zp900 include the rear 8 mega-pixel camera and support for dual SIM cards (Amby). 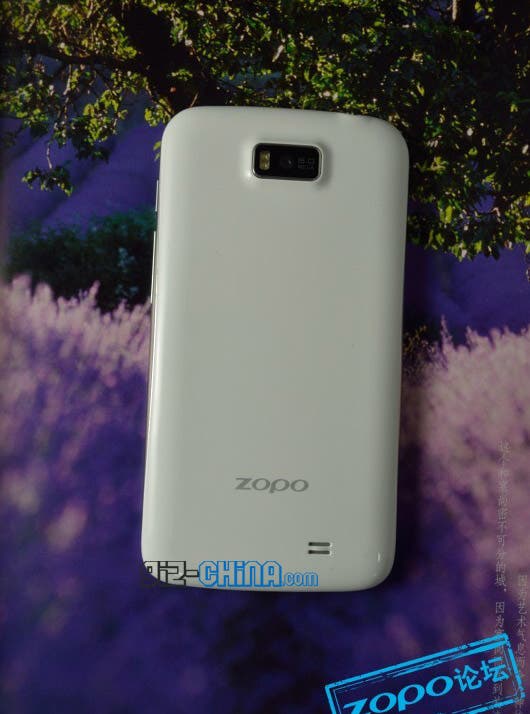 Zopo ZP900 Specifications at a glance

Both black and white versions , It looks like the Android-sale price is a bit off and most online stores are saying £329.99 for the ZP900.

If you want to buy the Zopo ZP900 Chinese Android phone or any other excllent  Zopo phones I highly recommend you contact either  www.zopomobileshop.com. or www.android-sale.com.

Next Gizchina is offering Free Advertising for Startups!