But with so many excellent phones to choose from you might be stuck as to which Zopo phone you should choose! Which Zopo model is best for you? 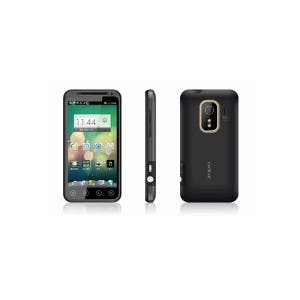 The Zopo ZP100 Pilot is considered my many as an entry level Chinese phone (but the ZP500 is actually cheaper), however the high performance and excellent specification of the ZP100 make it a great phone for any dual-sim Android phone buyer.

Some highlights of the Zopo Zp100 are the excellent 5 mega-pixel rear camera (which is rumored to be the same camera as found in the iPhone 4),  a dedicated shutter button for taking photos, dual-sim support and a 4.3inch screen from Japanese display giant Sharp.

The ZP100 really is a great all round phone, it wont wow you to much in the speed department or in a camera showdown, but the all round solid specification and high quality build certainly won’t disappoint!

The Zp100 Pilot is a great dual-sim Android phone for anyone looking for a all round great phone for a low price, or for those users who want a smartphone primarily as a phone but still want to take great photos on occasion and play the odd game while on the go. 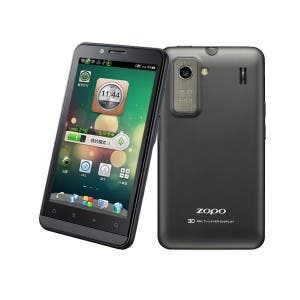 Since writing this Zopo have announced the ZP200 shining will be getting a dual-core MTK MT6577 1.2Ghz CPU in the middle of August!

The ZP200 Shining was the first dual-sim Android phone to really throw the spotlight on Zopo as a Chinese phone company to take notice of and it’s easy to see why as it it still the cheapest glasses free 3D Android phone available on the market today!

Of course the glasses free 3D screen is going to be the first highlight on anyone’s list, but the excellent screen (by Sharp again) isn’t the only fantastic feature the ZP200 Shining has to offer!
Like the ZP100 the ZP200 has dual-sim support and a 1Ghz MTK MT6575 CPU, however the rest is all suitably upgraded to power the 3D screen and also bring a few premium features.

The rear camera is an updated 8 mega-pixel unit with auto focus and LED flash, and is capable of producing photos which rival phones costing twice as much! On the performance side Zopo have given the ZP200 a full 1Gb RAM which enables games and video to play flawlessly on the 4.3 inch screen.

Is the ZP200 Shining right for me?

If you like the idea of 3D movies on the go, and require the extra grunt the 1Gb RAM has to offer yes! The Shining really is a shining example of a great multi-media dual-sim Android phone, throw in the excellent 8 mega-pixel camera from Sony and you have a fantastic point and shoot replacement too! 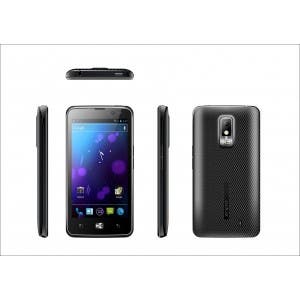 Since writing this Zopo have announced the ZP300 Pilot will be getting a dual-core MTK MT6577 1.2Ghz CPU in the middle of August!

While the ZP100 offers a great budget specification and excellent function, and the ZP200 has it’s 3D screen and great camera, some phone buyers really wanted a more premium phone with more performance and a larger high-quality display. Zopo’s answer is the Zopo ZP300 Field which offers a larger, improved 4.5 inch screen.

Imagine the Zopo ZP200 but replace the 4.3 inch 3D screen with a 4.5 inch screen and a more stylish design and you pretty much have the Zopo ZP300 Field!

Like the other Zopo phones a 1ghz MTK MT6575 cpu lies at the heart of the ZP300 along with 1GB RAM and 4GB ROM. The real difference in specification between the ZP300 and the ZP200 is the screen which happens to be a very high quality 4.5 inch LG QHD display with a resolution of 1280 x 720. The Field also gets a much better front camera over the 100 and 200 and features a full 2 mega-pixel camera!

If you are looking for a stylish dual-sim Android phone with top quality large screen from a big name brand then yes the ZP300 is definitely your type of phone. In the hand it feels like any premium device and thanks to Zopo’s knowledge of the MTK M&6575 CPU they have optimized Android ICS to power along flawlessly. 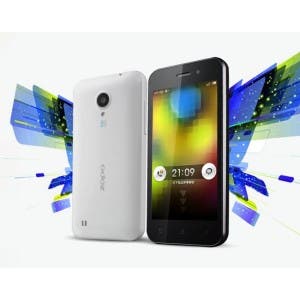 I’m not sure why Zopo have the lowest priced dual-sim Android phone from Zopo has a model number ranking it above their premium Zopo Zp300 Field, but I’m happy to let it remain a mystery as the Zopo Zp500 Libero is like the thinking mans Meizu MX!

You would think that as the ZP500 Libero is the lowest costing Zopo mobile and actually costs $100 less than the ZP300, that it would be lacking in the specification and design areas, but that couldn’t be any further from the truth!

First of all the design is simply amazing! It could be mistaken for a Meizu MX! It’s not all looks either as the Zopo engineers have managed to trim down the girth of the ZP500 so that it measures only 9.9mm thick!

Well It has almost the same specification as the truly fantastic ZP100 but with, in my opinion better looking body, and an easier to pocket 4 inch screen. So if you fancy the power of the ZP100 but like the idea of a smaller package along with saving a few dollars then the ZP500 Libero should be your first for a dual-sim Android phone! 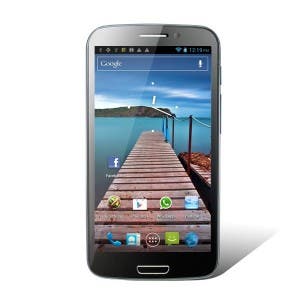 The Zopo ZP900 is named the Leader for one thing and that’s Samsung Galaxy Note rivaling screen size! The ZP900 is yet to be released but judging by it’s specification and price Zopo may already have buyers lining up for this large dual-sim Android phone.

First and foremost is that large 5.3 inch screen! Sure it is a bit lacking in the resolution department but the difference is likely only noticeable when side by side with a higher res device.

The design is very much like a Samsung Galaxy S3 crossed with a Galaxy note, which is not a complaint as S3 is one of the best looking Android phones on the market and the size of the Note makes it a tablet beater!

The ZP900 also get’s all the nice premium features that are found on the ZP300 Field meaning an 8 mega-pixel rear camera, 2 mega-pixel front and plenty of power to run most apps and games.

The ZP900 is for all of you out there who want the large screen of a Samsung Galaxy Note, the beauty of the S3, but the low cost and build quality which we have come to expect from Zopo.

What do you guys think which Zopo phone suits your needs best? Do you have any experiences with Zopo phones you would like to share? Let us know in the comments section below!