Chinese phones are no longer just clones and knock offs of foreign products but instead represent some of the best Android phone currently available! Here are our top Chinese phone on the market now.

With so many great phones from the likes of HTC, Apple, Samsung, Sony and others why would you decide to buy a Chinese made phone instead?

Why buy a Chinese phone?

Who doesn’t want a low-cost phone, rocking a unique style with the latest Android OS with iPhone 4S killing specification?

So now we have you interested in the prospect of buying a Chinese Android phone, which models do we recommend? Well here are our top Chinese phones available on the market today!

6 Top Chinese Phones You Should Take a Look at! 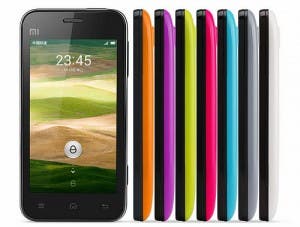 The Xiaomi M1 has been on the market for a while now and is probably only a few months away from being updated to the much speculated Xiaomi M2, but until the new Xiaomi phone is available the M1 is one of the best Chinese phones on the markets.

The M1 might be Xiaomi’s first attempt at producing an Android smart phone, but it seems they got the ingredients almost perfect first try! While the M1 does lack a front facing camera for video chat and posing it makes up for it by having a 1.2 ghz dual-core CPU, 8 mega-pixel rear camera, large 4 inch screen and the excellent MIUI operating system based on Android 4.0 Ice-cream Sandwich.

Why should I buy a Xiaomi M1

So the M1 has a great specification but that’s not all! Xiaomi have also produced a bunch of excellent after market accessories for the M1 from colourful covers and cases to extra batteries and even custom wallpapers!

Xiaomi also have a thriving community and really go the extra mile to make their users feel special. One example is that they have been known to send Xiaomi users custom UI tweaks to M1 owners on their birthdays!

How much is the Xiaomi M1?

The original dual-core, 8 mega-pixel Xiaomi M1 is available for 1999 Yuan ($313) but if you shop around you can find it cheaper. There is also a cheaper Xiaomi M1 Youth model available which gets some slight downgrades but only costs 1500 Yuan ($235) 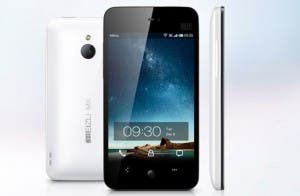 Meizu are going to feel super lucky with this list as they are going to appear twice! The Meizu MX dual core is actually Meizu’s second Android phone to hit the market, but when compared to their original M9 smartphone the MX is light years ahead!

The dual core MX is actually available in 2 models, and we suggest you go for the recently released model which get’s and updated 32nm chip and improved Wi-Fi. The MX also gets a very impressive 8 mega-pixel rear camera with auto focus and, with the latest version of the OS, gets burst photography capable of capturing 5 photos in a few seconds!

Meizu have always prided their audio quality and the MX is no acceptation thanks to one of the most feature packed music players we have ever seen on an Android smart phone!

I won’t write all the specifications here as the MX 4-core (listed below shares most of the same hardware).

Why should I buy a dual-core MX?

Other than the fact the dual-core MX has a Samsung dual core Exymor processor, amazing 8 mega-pixel rear camera, and feels like one of the best built Android phones we have ever used, the MX also gets a beautiful custom Flyme OS based on Android 4.0 ICS!

Like Xiaomi, Meizu also enjoy a huge and active fan base, but unlike Xiaomi Meizu’s fans are international, with the company enjoying a 40,000 strong English-speaking fan base!

How much is the dual core Meizu MX? 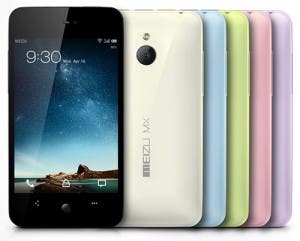 The Meizu MX 4-core shares the same appearance and excellent craftmanship as it’s slightly slower dual-core counterpart, but boasts explosive speed and performance thanks to the quad-core CPU.

Both Meizu MX models get the same large 4 inch screen produced by Japanese display giant Sharp which offer a resolution of 960 x 640 pixels. They both also have built in sensors for light, and direction as well as an electronic compass and GPS for navigation.

A larger 1700mAh battery also helps improve the battery live of the 4-core MX, but it is really that 4-core 1.4Ghz Samsung CPU which make the 4-Core MX one of the most must have Chinese phones on the market!

Why should I buy a 4-core Meizu MX?

Well apart from the great specification, beautiful UI and huge Chinese and English fan base the MX also has some great and useful functions built in to it’s Flyme OS such as a ‘Find my phone’ application, Meizu’s very own App store, plus all Meizu owners can sign up for their own Flyme account which offers users their own custom email address and cloud based back up of certain files!

The 4-core MX has only been on sale for a few weeks so a reconditioned model won’t be available for some time, however a new 4-core MX is such a bargain price we can’t see why you wouldn’t just buy one!

2599 Yuan ($407) is the price for a new 4-core MX which makes the Meizu not only the fastest Chinese phone on the market, but also the cheapest quad core Android phone in the world! 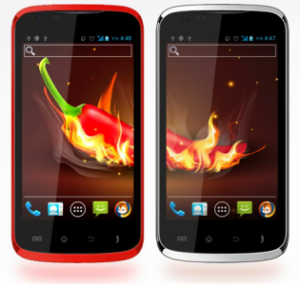 Before we get a ton of comments about this phone yes it is made by Beidou, NOT Baidu! Beidou if you have never heard of them are a Chinese e-seller of electronics who have decided it’s about time they got involved with this Android phone business they’ve heard so much about.

I was really tempted to write the price of the Little Pepper at the start of it’s introduction, however I really want you to see just how much of an amazing bargain this phone is first!
The Little Pepper get’s a 1Ghz dual-core CPU, dual sim card support, front and rear cameras with the rear being a 5 mega-pixel auto focus unit, all of which is controlled by Android 4.0 ICS via the large 4 inch screen!

Why Should I buy the Beidou Little Pepper?

It’s the cheapest dual-core phone in the world and features a better specification than the iPhone 4!! Plus’s it really is cheap!

How much is the Little Pepper Chinese Phone?

I can’t contain myself anymore! the price of the Little Pepper is an amazing 699 Yuan ($109)!! It’s so cheap you could buy 3 Little Peppers for the same price as a dual core MX ! 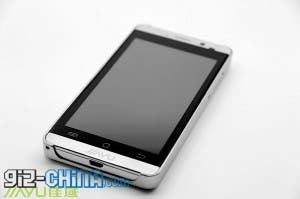 As Chinese phones go the JiaYu G3 is the surprise of the bunch! It comes from a brand many foreigners may well not know, yet it is one of the best looking Android phones ever produced!

The JiaYu G3 is one of only 2 phones on this list which boasts an alloy body meaning it should be super durable and it look really classy!

It’s not all looks though as the G3 has a large 4.5 inch touch screen, and is powered by the al new dual-core 1ghz MT6577 CPU, actually the JiaYu G3 is the first Chinese phone ever to make use of this low cost yet powerful CPU!

512mb RAM and a PowerVRM GPU mean that the JiaYu should perform well as a gaming and multimedia device while the huge 2750 mAh battery should see the G3 for hours even with such a large screen!

There are also dual cameras with the rear being an 8 mega-pixel capable of capturing some great photos!

Why should I buy a JiaYu G3?

Well it boasts the latest dual core CPU available, as a flashy alloy body, large 4.5 inch screen and could very well outlast any other phone here due to that whopping 2750 mAh battery!

How much is the JiaYu G3?

The JiaYu G3 isn’t on sale yet, but will be very soon! Already there is a huge interest in this phone and many online resellers are advertising various prices starting at a ridiculous $370! But, you should be paying about $250 for a G3 with smart shoppers finding them for as little as $210! 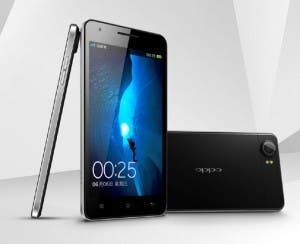 The Oppo Finder is Oppo’s second Android device and the first all touchscreen phone from the large and popular Chinese phone maker.

While the Finder doesn’t grab the headlines as often as phones from Xiaomi and Meizu, when it does it really grabs our attention and makes are mallets quake with fear (watch the video below).

The Oppo Finder is officially the world’s thinnest Android smart phone as it measures in a wafery thin 6.65mm! It’s so thin in fact that the 8 mega-pixel rear camera doesn’t quite fit in to the main body and actually sits out little!

A 4.3 inch Super Amoled+ screen produces the type of stunning, bright and detailed visuals we have come to expect from such a screen, while a dual core 1.5ghz CPU and 1GB RAM mean the Finder is no slouch when it comes to gaming and web browsing!

Why should I buy an Oppo Finder.

The Oppo Finder really is the Chinese phone which makes you really understand just how the Chinese tech industry has changed. Here we have a dual core phone with great cameras and a super stylish design, the world’s thinnest! Which can also be used as a hammer!!

How much does the Oppo Finder Cost?

When the Finder launched earlier this year the 4.3inch, dual core phone cost 3999 Yuan ($627) which placed it well in to iPhone territory, however as the market has become more demanding prices for the Finder have dropped to a more affordable 2498 Yuan ($391).

Do these Chinese phones make your top 6?

So those are just 6 Chinese phones which you should seriously think about buying, but there are plenty of other phones available from China from huge brands such as Huawai, ZTE and Lenovo all of which are worth another look as well as phones from Ktouch, Aliyun and Coolpad!

If you know of any Chinese phones which you think should have made it in to our top 6, or perhaps you know of 4 more to make it a top 10! Then let us know in the comments section below!

Next Exclusive: Next Generation Xiaomi MI2 Leaked Photos and Specifications!