China’s passion for cars is only less phenomenal for the Chinese people s ingenuity, an example of which can be seen here as one Chinese villager in a rural community has built a homemade knock-off Lamborghini!

The man who lives in a rural farming community in Suqian, in East China’s Jiangsu Province, built his homemade Lamborghini scrap steel sheet, pipes, garbage and various spare parts from other cars. 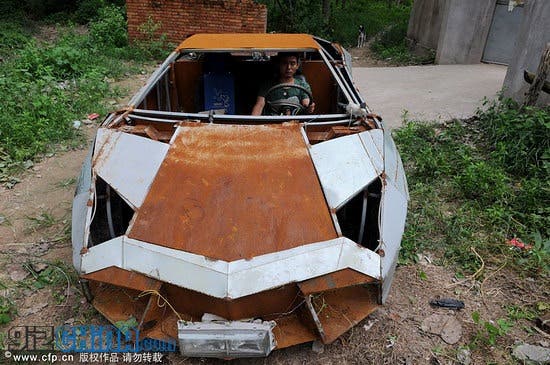 Judging by the wheels on this Chinese homemade knock-off Lamborghini, the whole car is based upon an old Volkswagen Santana (seen in the gallery below) which is a very popular car in China and is used for all types of jobs ranging from personal ride, taxi and even as a knock-off Lamborghini in this case! 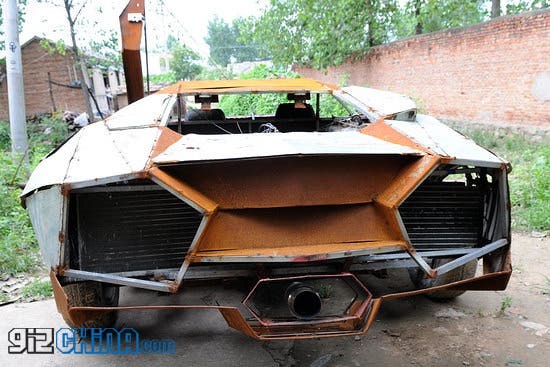 For those of you who are wondering, the answer is No this isn’t the only homemade Lamborghini in China, another more finished example can be seen here. 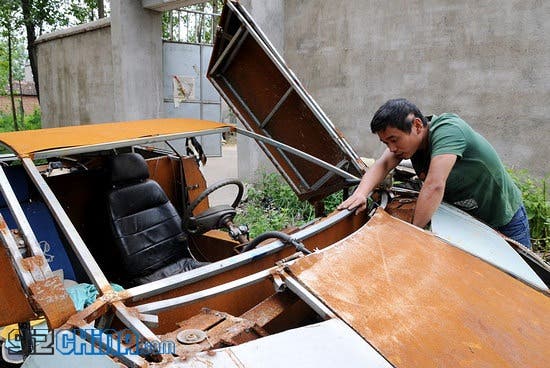 According to the news report over on Yahoo China, the young man has spent many hours and almost 60,000 Yuan ($9445) to build his own scissor door equipped Lambo!

So what does he do with his clone Italian sports car? Deliver fertilizer to a factory where he works!!