While the world might be all excited about the prospect of large screen Android phone and even 6 inch phablets, some of us prefer a smaller, more portable phone like this new 4 inch Oppo R817 which features a dual-core MT6577 CPU!

Oppo are one of the larger Chinese phone brands and while they may not receive the same buzz and excitement as brands like Xiaomi and  (even) Meizu! Oppo is probably the ones to watch as 2013 draws near as they have some fantastic phones in the pipes which are going to shake up the Android phone wolrd!

Before that happens though, Oppo have been working on expanding their current range of entry to mid-range phones so that those of us who don’t want a flagship phone still have something to choose from.

The new Oppo R817 is one of Oppo’s mid/high range options and will be priced at 2000 Yuan ($316) once launched which when compared the Xiaomi M2, but remember you can walk in to a store and buy an Oppo at anytime rather than waiting in a virtual queue as you would trying to get a Xiaomi phone. 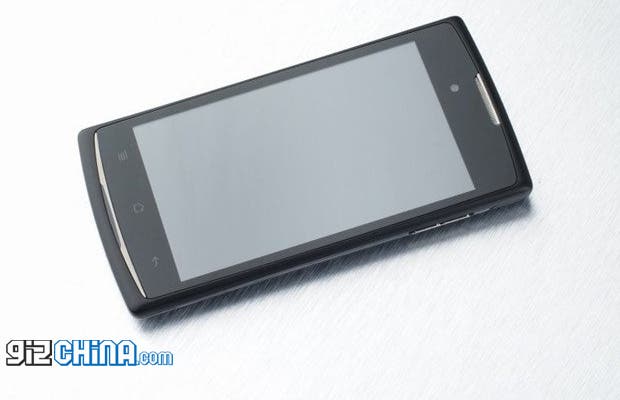 Oppo have marketed the R817 as their ‘music phone’ and as such it is capable of playing music in a number of formats including FLAC, APE lossless music format support and CUE tracks file format, meaning you should be able to get stunning audio from the new Oppo!

Under the hood a MTK MT6577 1Ghz dual-core CPU runs Android ICS 4.0 along with 1GB RAM. There is 4GB onboard ROM and space for a memory card as need too. Cameras on the Oppo R817 are standard fare for this level of phone meaning the rear is an 8 mega-pixel unit while the front is a much cheaper 0.3mp model.

The screen is a 4 inch IPS display with an unknown resolution and the battery is a 1710mAH unit which is hardly the largest battery in the world, so we hope Oppo have optimized the OS to run well on juice.

Next Exclusive: iPad Mini hands on video and photos!