ZoPhone weren’t the first to launch an iPhone 5 clone in China, however they do seem to have produced the most accurate iPhone 5 clone available even down to the new ear buds and Apples marketing!

What is the ZoPhone i5?

The ZoPhone iPhone 5 clone is a Chinese made imitation iPhone 5. It features the same design as the new 4 inch screen iPhone and even a similar specification, however it uses Google’s Android OS rather than iOS and will cost less than the real iPhone 5.

So now you know what the ZoPone i5 is it’s time to find out what this iPhone 5 clone has to offer us. Below are some of the features which ZoPhone are claiming for their new phone, and yes these images were all stolen from the Apple website and have had the Apple logo badly photo shopped out! (By ZoPhone not me).

As this is classed as a ‘high-immitation’ iPhone 5 clone, the designers at ZoPhone have gone out of their way to produce an Android phone which looks and feels just like the real iPhone 5. 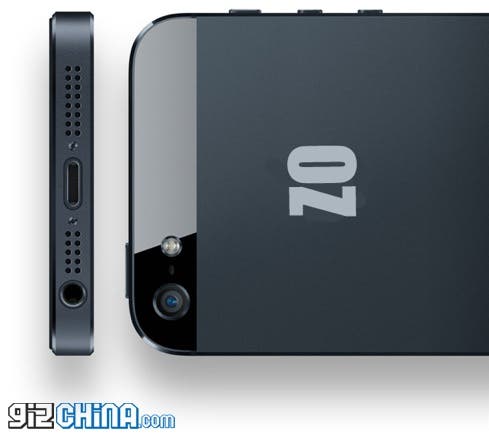 As such they have made their iPhone 5 clone to the same dimensions as the new iPhone 5 meaning you can use genuine Apple accessories with this low-cost Chinese knock-off!

The ZoPhone website has this to say about the i5

The ZoPhone iPhone 5 clone gets the same 4 inch Retina display as the real iPhone 5. Not just the same size but the same resolution and PPI! 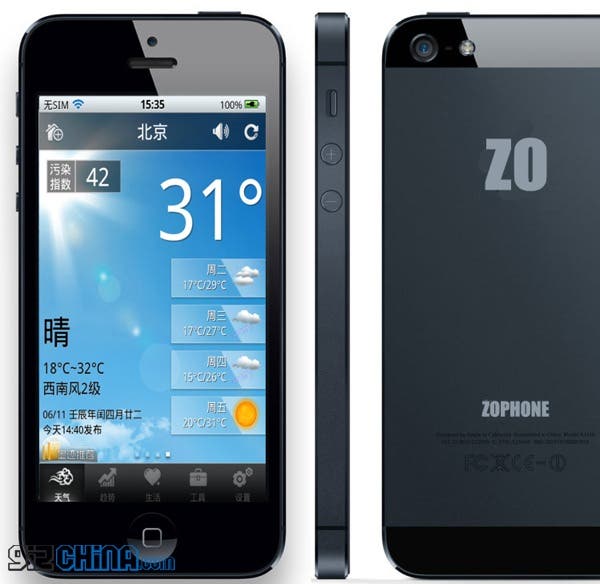 The officially specifications (here) state the ZoPhone i5 has a 4 inch retina display with a resolution of 1136 x 640 and 326ppi. They also claim that the screen on the i5 is 44% brighter than previous (iPhone 4s clone) phones and offers HD video playback.