If you are stuck between choosing the JiaYu G3 and the UMi X1 then I have some bad news for you as the Sundance Kid is another high specification low-cost phone will go on sale later this month priced at just 999 Yuan ($157). More details and specification after the jump!

While the JiaYu G3 has the best specification at the lowest price, and the UMi X1 boasts a similar specification in a thinner, more stylish and slightly more expensive body, the Sundance Kid sits nicely in between the two on both price and hardware.

Like both the UMi X1 and JiaYu G3 the Sundance Kid boasts a dual-core MT6577 1Ghz CPU, 1GB RAM but with more on board storage than both the other two phones with an impressive 8GB ROM.

The screen size is the same on the Sundance Kid too, but rather than being a high resolution 4.5 inch screen (1280 x 720) is a low resolution (960 x 540) display from Japanese screen maker Sharp! 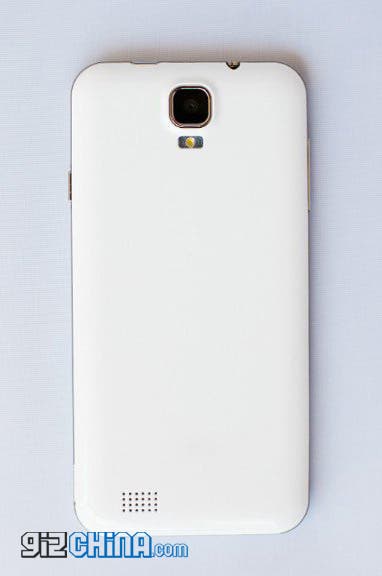 The big highlight of the Sundance Kid though is the huge 3000mAh battery which is nearly double that of the UMi X1 and slightly larger than the 2750 mAh unit in the JiaYu G3, yet despite the large capacity the body of the Sundance has been kept to a rather thin 9.8mm!

As you can see from the photos shown here the Sundance Kid is a rather attractive phone too in my opinion it is much better looking than the JiaYu G3, and seems to offer a better level of finish over the UMi X1.

The Sundance Kid will be officially placed on sale on the 26th October where it will be available for just 999 Yuan ($157) although I am not sure if the phone will be available in stores on via an online pre-order.

Next JiaYu G3 has been rooted!