iPhone 5 clones are going to be flooding the market for the next 12 months, and while we have seen a few on the market already none look to be made to the same standards as the KuPhone i5 especially considering the price!

The KuPhone i5 isn’t the first iPhone 5 we have come across these past few months. We reviewed the flimsy feeling yet surprisingly fast Hero H2000+ not so long ago, and we have been following the GooPhone news intentily (but it’s looking more like vapourware) however it is only the KuPhone i5 which has really made us sit up and take a good look!

KuPhone have announced that their iPhone 5 clone will go on sale in the next few weeks at a special introductlory price of just 1390 Yuan which will later rise to 1499 Yuan ($240) which seems like a steal to us if the phone looks as good in real life as it does in these photos! 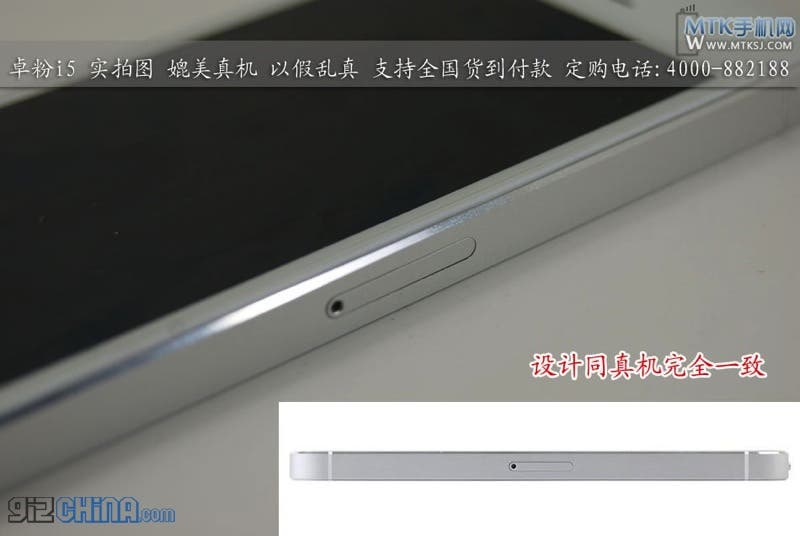 As for the specification you will be treated to the standard dual-core MT6577 set up which graces the majority of Chinese phones, 1GB RAM, 4GB ROM SD card reader, 8 mega-pixel rear camera and front video chat camera.

Being an iPhone 5 clone the screen is a 4 inch FWVGA 854 x 480 model, which isn’t quite as good as the iPhone 5’s Retina display but should work well and offer a good viewing experience. Also due to the size of the phone, ZoPhone have only been able to fit a 1400mAh battery in their iPhone 5 clone which might see you making multiple charges through the day. 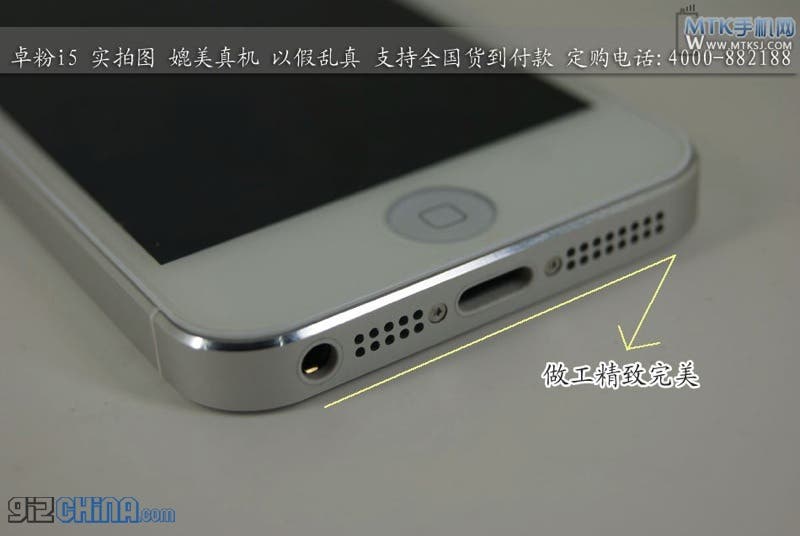 More pictures of the KuPhone i5 iPhone 5 clone below: