The official launch of the Meizu MX2 is just over a week away and while we thought we knew everything about this next generation flagship phone, it appears that Meizu might have a few surprises up its sleeve including the use of dual-core Samsung A15 Orion CPU’s!

The latest bout or rumours and leaks about the Meizu MX2 claim that the 4.4 inch phone will not get a Samsung Exynos quad-core CPU running at 1.6Ghz, but instead a dual-core Samsung Orion CPU based on the Cortex A15 architecture running at just 1Ghz!

If you think 1Ghz sounds a little pitiful for a flagship Android phone, then you might want to look at the leaked AnTuTu benchmarks for the new Meizu phone which scored an amazing 14122!

For those of you not familiar with the Samsung Orion CPU’s these are the same chips which run Android Chromebooks and are capable of being clocked at 1.7Ghz!

Other Meizu MX2 rumours confirm the appearance of an ultra-thin 2.2mm bezel around the 1280 x 800 screen along with a much improved 8 mega-pixel rear camera with f/2.0 aperture. 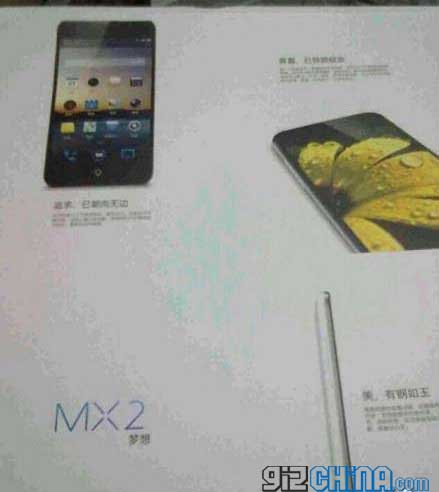 The Meizu Mx2 will be launched on the 27th November at the Beijing Watercube. Prices are expected to start at 2599 Yuan for the 16GB model rising to 2999 Yuan for the 32GB version and the phone should be available in stores across China from 1st January!

Next Gizchina Exclusive: JiaYu G3 Unboxing and Hands on video!