Samsung have really left their mark on the Android phone market this year and as such have accumulated their fair share of knock off and clone phones. The latest is this Samsung Galaxy Note 2 clone which costs just $150 and get’s JB!

The Star S7180 Galaxy Note 2 clone is actually an updated version of Star’s older 5.3-inch phone, but with a faster dual-core MT6577 CPU, which brings with it dual-sim support and snappy performance despite it’s low price, and larger 5.5 inch display.

Like similar MTK devices the Star S7180 has 1GB RAM, 4GB ROM, 0.3 mega-pixel front camera and 8 mega-pixel rear with LED flash. However, unlike most similar phones which still run Android 4.0 ICS, this Samsung Galaxy Note 2 clone gets 4.1.1 Jelly Bean which is available rooted for those who like to tweak things to how you like them. 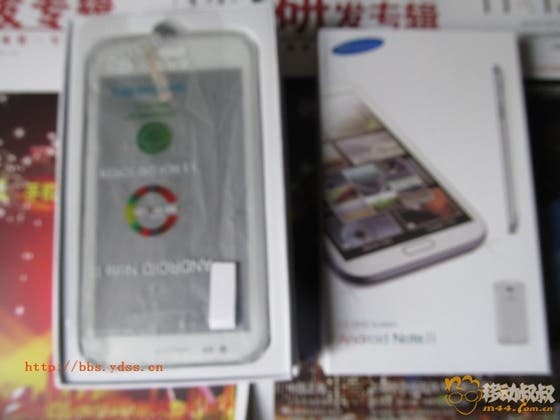 As the Star S7180 hasn’t been officially launched we are still waiting to receive full details, but for those of you who are interested in buying Stars smaller 5.3 inch phone you can check out their Taobao store here.