The fight for which company would be first to launch a quad-core MT6589 Android phone in 2013 has been raging between TCL, Ginoee, Lenovo and others, but it appears TCL have one and are already shipping review units of the 5-inch TCL Y900 to Chinese tech sites!

The TCL Y900 as a bit of a departure from current phones in the TCL line-up and features a built-in battery. Love or hate the idea of a built-in battery there are some benefits to it such as more efficient battery usage and the ability to make the phone thinner while retaining battery size. 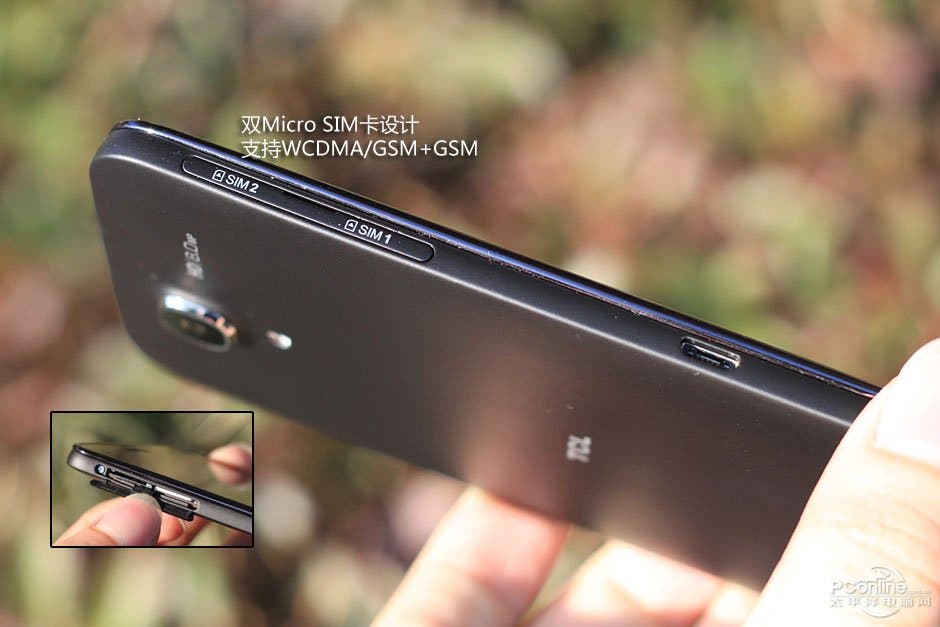 Despite losing the ability to remove the battery though, TCL have managed to keep the Y900 a dual-sim phone, with access to the sim slots being on the left hand side of the phone. 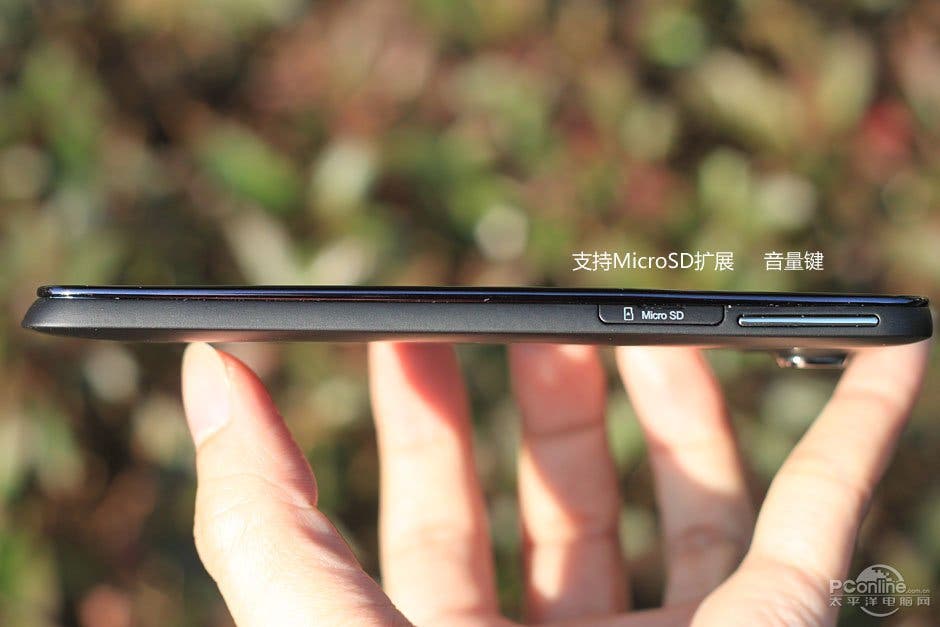 The right side features the power/hold button and also a microSD card reader. 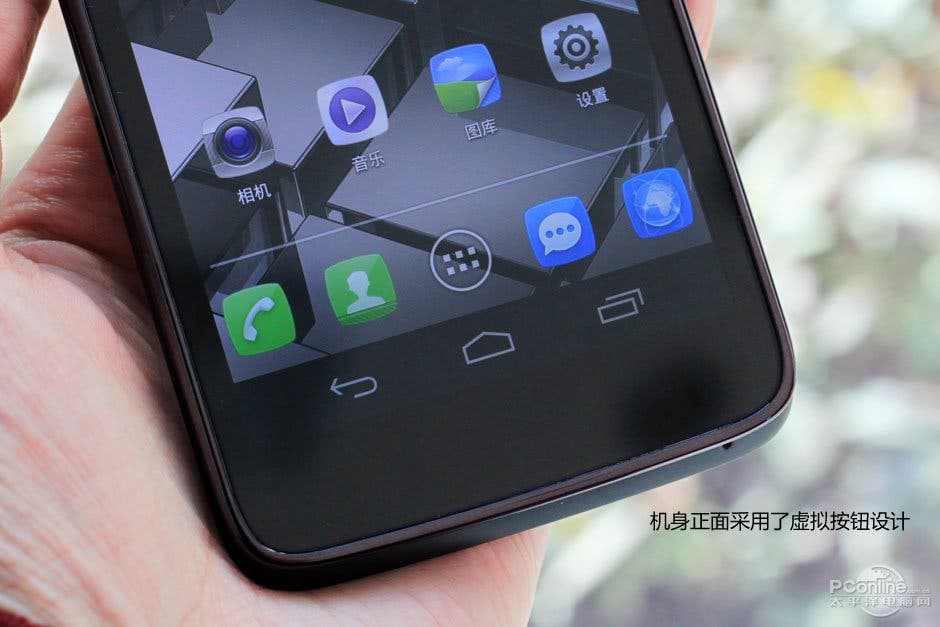 Like many phone makers now, TCL have opted for on-screen navigation buttons for their flagship phone, removing unnecessary components and reducing costs.

Speaking of the display, the 5-inch panel is a 720p IPS unit which may not sound as good as the 1080 screens we’re starting to see appear, but will likely perform just as well with very little noticeable difference. 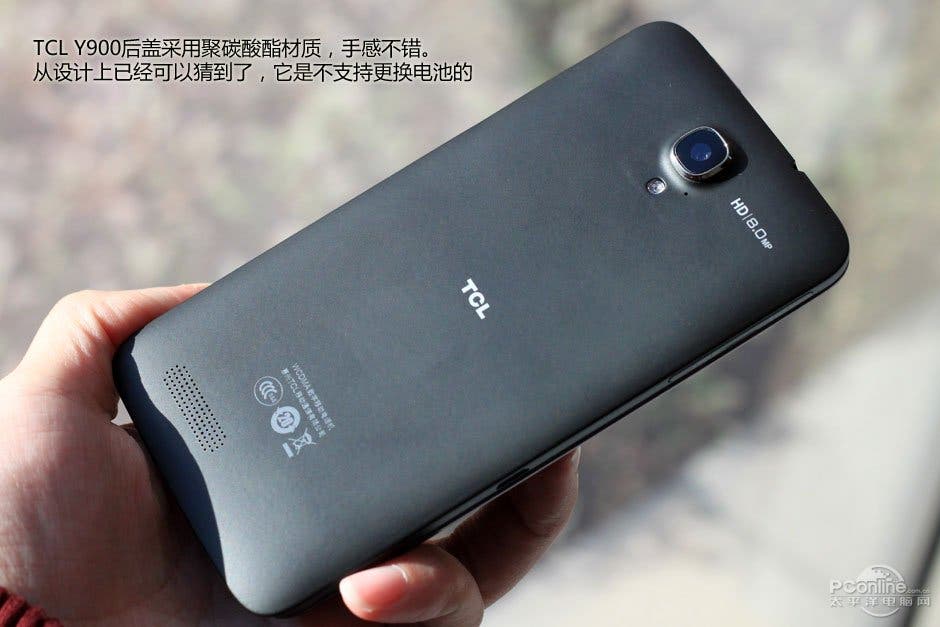 The rear of the Y900 holds an 8 mega-pixel camera with 1080 video support. Again this may not sound as impressive as the 13 mega-pixel sensors on the market but will likely perform just as well (if you have seen photos taken with the Xiaomi M2 I think you’ll agree 8 mega-pixels is enough). 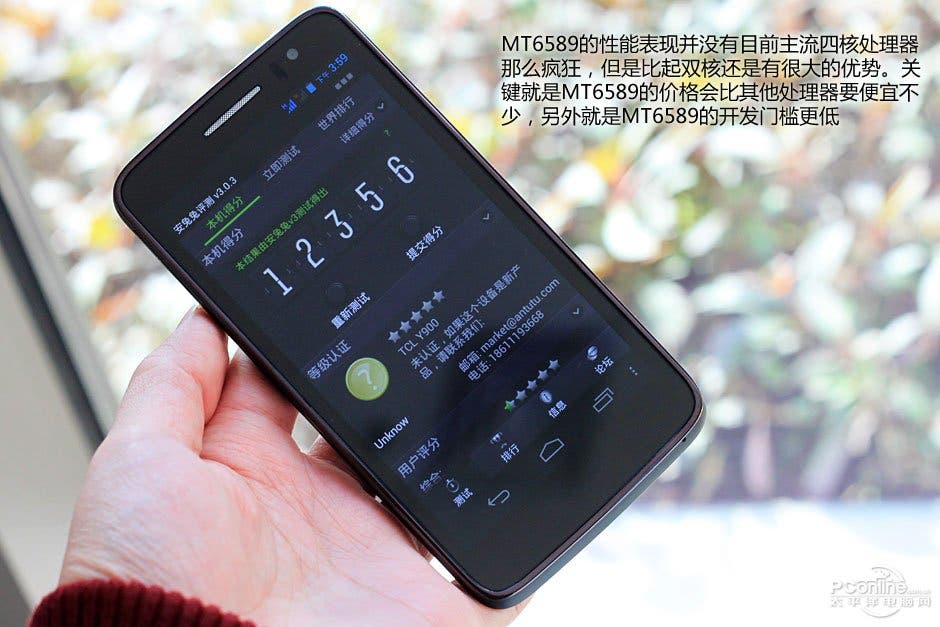 Running the phone is of course Mediatek’s latest and greatest quad-core MT6589 28nm CPU running at 1.2Ghz. There is also 1GB RAM on board which is enough to achieve an Antutu benchmark of 12356!

As TCL have only just started shipping review phones to sites as 2013 began we will have to wait a day or so before we hear first impressions and see full reviews so keep posted.