Of all the up coming 5-inch, quad-core phones to arrive later this month, the ZTE Grand S is one of the more exciting as it is not only the thinnest but is also expected to be one of the more affordable!

Affordable in the case of the ZTE Grand S does not mean compromised though and it is expected this 5-incher will feature everything it’s costlier brother, the Nubia Z5, has to offer!

ZTE haven’t gone on the record and given us official specs for the Grand S and won’t likely to until it’s launch at CES, but sources close to the company have gone on the record as stating the phone will come with a quad-core CPU, 2GB RAM, 13-mega-pixel rear camera and Android Jelly Bean.

It is likely the CPU is a Qualcomm S4 unit similar to the chip found in the Nubia and Oppo Find 5, while the 13 mega-pixel sensor could be (fingers crossed) a Sony Exymor Pro unit which is capable of capturing video at 120fps!

The Grand S might follow the Nubia and Oppo in the specs, but as for design the ZTE is a much better looking and more fashionable device and as such will be available in a number of colours including pink, black, white, grey, green and black. 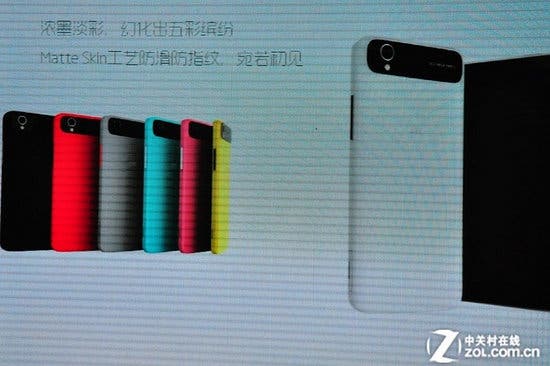 The biggest selling points of the Grand S though are it’s thickness and low price. As we have stated before, the new ZTE device will be the thinnest phablet on the market when it launches as it measures just 6.9mm! That is only 0.4mm thicker than the current thinnest Android phone from Vivo!

Pricing has been rumored to be 2700 Yuan ($440) which would have the ZTE Grand S coming in at a lot less than the Oppo Find 5, HTC Butterfly and Nubia Z5, and is likely to drive sales to it’s younger, more fashion conscious audience.

Next TCL Y900 Quad-core MT6589 hands on photos and specification!