We knew the Narudo Lando X02 is going to be one classy phone, but what we didn’t know is that it’s going to be awesomely powerful too and will feature a 1.9Ghz Snapdragon 600 processor!

The Narudo Lando X02 is a very high-class Android smartphone, and not something one would expect from an ‘unknown’ Chinese brand, but this phone has it all. A great design, awesome specification and even a reasonable price tag!

The X02P will features a quad-core Qualcomm Snapdragon 600 CPU running at 1.7Ghz while the X02 will receive a performance bump up to an amazing 1.9Ghz! Battery sizes are different too with the X02P getting a 3600mAh battery and the X02 a rather large 4200mAh unit. The final difference between the 2 phones is that the X02P will support China Mobile, China Unicom and China Telecom, while the X02 ail only support WCDMA/GSM dual-mode. 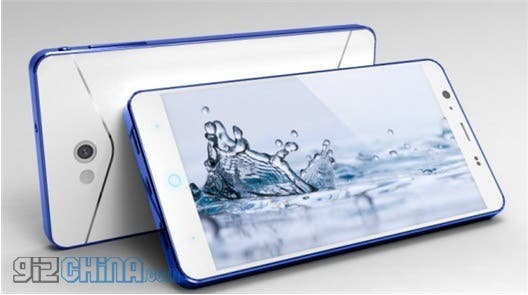 So what about the rest of the phone? Both phones will receive 5-inch 1920 x 1080 HD screens from Sharp which feature CGS ‘Computer On Glass’ technology allowing the display to be both thinner and more energy-efficient. Sony are supplying the 13 mega-pixel rear camera’s but it hasn’t been confirmed if they will be the latest Exymor Pro units or not.

The two phones boast 2GB RAM, 32GB of built-in storage and support up to a maximum of 128GB of add-on memory! Android 4.1 will ship as standard, and the attractive body measures in at 141 x 72 x 10.3mm and features and anti-scratch coating.

Preorders will begin in April, with phones expected to arrive with customers by June. If you happen to be in Shenzhen on March 15 though you might be lucky enough to get one early, and don’t forget your student cards for a 500 Yuan ($80) discount!

Next Alcatel One Touch Snap comes with LTE!