We might still be awaiting the official launch of the JiaYu G4, but the wheels of progress keep turning and leaked hands on photos the up coming JiaYu G5.

The JiaYu G5 has been seen previously as a computer render with some along with some basic ideas of the overall construction and specification of the phone. This past weekend in Shenzhen, though JiaYu fans got to see the Jiayu G5, along with other new models, in the flesh for the first time!

As we already knew, the G5 is an iPhone 5 style device. The stainless steel body matches the iPhone from every angle, but there are a few differences. 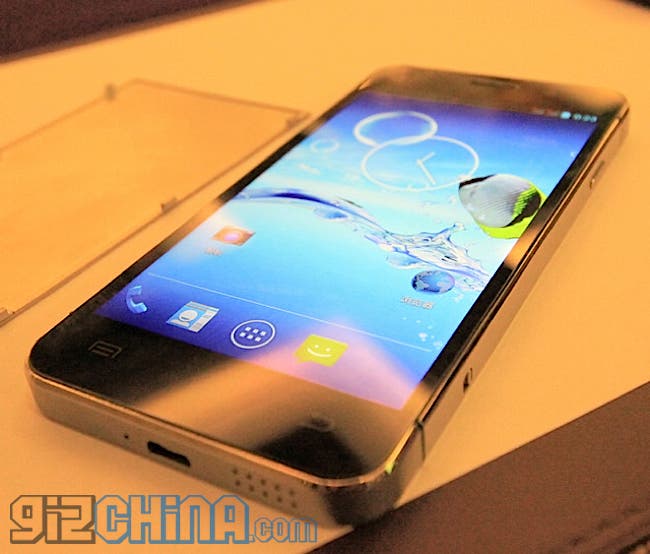 The front lacks any physical home button which is normally present and the display is a larger 4.5-inch OGS panel. 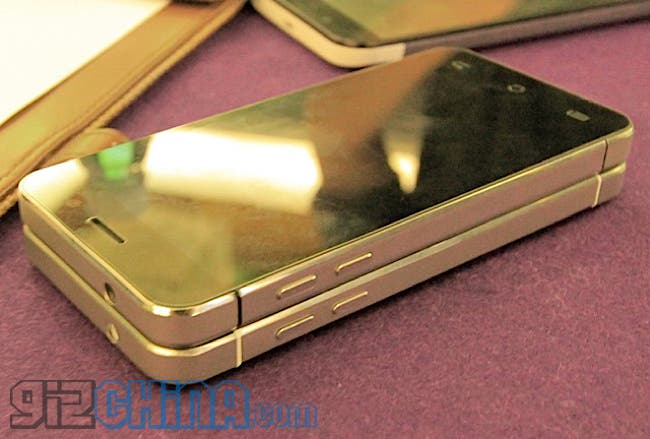 Physical controls are found around the stainless steel edges of the G5, but the positioning doesn’t match with the current iPhone line. 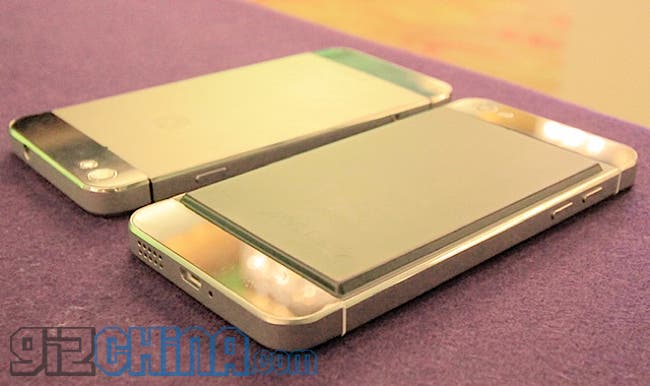 It appears that JiaYu will be offering the G5 with a choice of two battery sizes, with the larger battery requiring a alternative rear panel to cover the additional bulk. 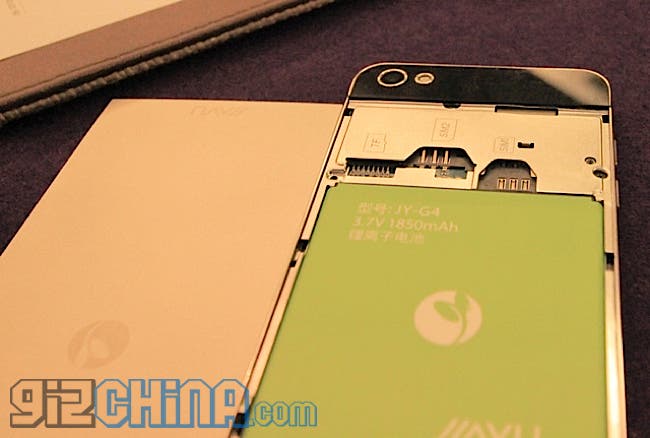 We assume the larger battery will be a 3000mAh unit as found in the G4, as the slim version uses an 1850mAh battery with G4 marking. We can also see that there is room for dual sim cards and also an SD card reader.

From what we previously had learnt about the Jiayu G5 the phone will be powered by a quad-core MT6589 CPU, 2GB RAM, 32GB ROM, 3 mega-pixel front camera and 13 mega-pixel rear.

Will a Jiayu G5 make it into your life in the future?

Next Exclusive first look at the Snapdragon powered JiaYu S1