According to UMi and the specifications they are posting, the UMi X2 has a Corning Gorilla Glass 2, 5-inch display. It doesn’t seemed to have helped this X2 owner though!

These photos were sent to us by a reader named Stephen. We’re not sure how this happened but it appears the X2 was dropped on its top left hand corner and the screen has cracked along the front.

We’re waiting to hear which model UMi X2 this is, but being as it was bough ahead of the official launch we suspect that this is one of the few prototype samples which went on sale earlier this month. If that is the case then the display could be the flat panel version we have on our UMi X2 sample and not the curved Gorilla Glass version we have seen on the official specifications! 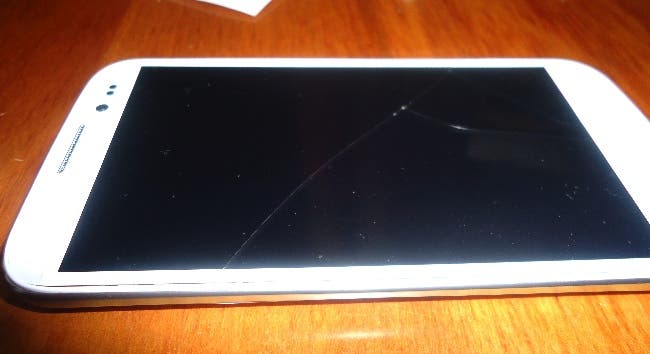 The good news is that the company Stephen bought this UMi X2 off has agreed to sort it out, which is a fantastic result!

Next JiaYu G4 receives network license, all we need now is a release date!