We all know that their are a huge number of high specifications Chinese phones with large displays, but what about Chinese phones smaller than 5-inch? Here are our top 10 Chinese Android phones measuring less than 5-inch.

The current trend in Chinese phone design is to make high end flagship phones with displays 5-inch or more, but what if you don’t what a phone that big? What are your options?

In this list we are going to try and mention only phones which are available now or soon will be. Also, not all the phones in the list a Mediatek powered devices, we’ve also thrown in some Qualcomm models too. 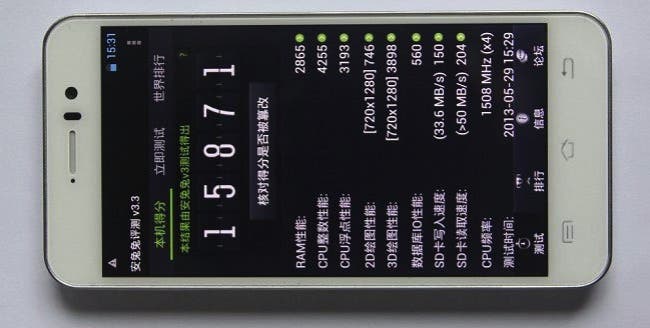 The G4 Advanced has undergone some serious updates since the phone was originally conceived. The processor is now a 1.5Ghz MT6589T Turbo unit, there is 2GB RAM on board, updated 13 mega-pixel rear camera, and support for OTG.

Currently only the 3000mAh version of the JiaYu G4 Advanced is on sale, but the thinner model with 1850mAh battery is coming later this month! 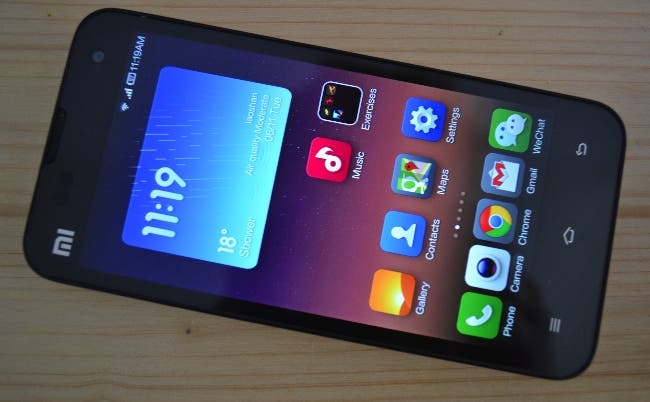 The Xiaomi Mi2S is one of the smallest phones on this list with a screen size of just 4.3-inch, but it also happens to be one of the most powerful (in the world!), gets great weekly OTA updates and is affordable.

If rumours are correct then the Mi2S could even be receiving a price drop this month to 1699 Yuan ($276) to make way for the flagship Xiaomi Mi3 which will launch in August.

Behind the 4.3-inch 720p display is a 1.7Ghz quad-core Snapdragon 600 processor and 2GB RAM. A removable 2000mAh battery is a great option which can be upgraded to a 3100mAh unit if you feel the need. Unlike some of the phones here the Mi2S does not have an SD card slot and only supports a single SIM. There are currently 2 versions of Xiaomi Mi2S the 16GB version with 8 mega-pixel camera and a 32GB model with 13 mega-pixel camera. 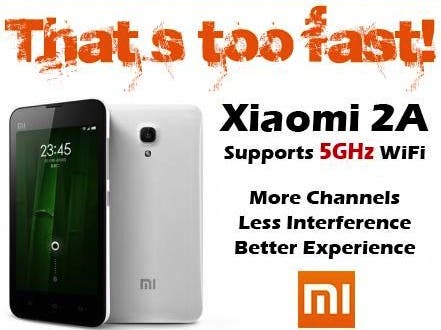 The Xiaomi Mi2A is the bigger but cheaper brother of the Mi2S. Xiaomi’s decision to launch a larger budget phone seemed a little odd to begin with, but if their Mi3 is a 5-inch device then it makes more sense in the long-run.

The display on the Xiaomi Mi2A is 4.5-inch so it fits nicely between the JiaYu G4’s 4.7-inch panel and the the 4.3 on the Mi2S. A 1.7Ghz dual-core Snapdragon processor, 1GB RAM and Adreno 320 graphics give the phone great power, while the 8 mega-pixel camera offers similar photo performance more expensive phones.

Some great standout features on the Mi2A include updated 5Ghz Wifi which is very fast and great for streaming video to the Xiaomi TV box and built in NFC. 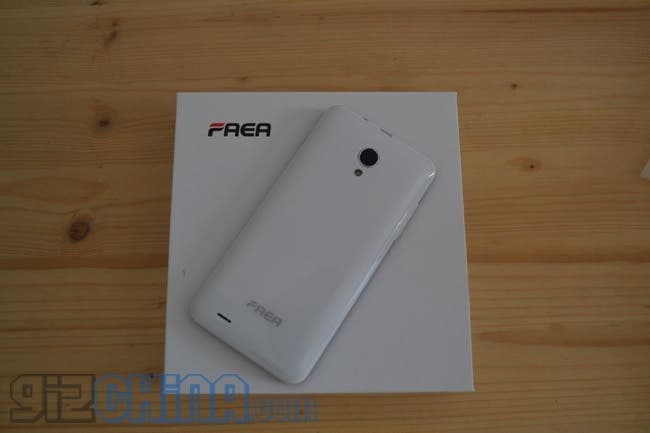 Looking like a Meizu MX2, the FAEA F1 Penguin is a surprisingly well built well spec’d and great performing phone considering the price! FAEA want to be as big as rivals ZOPO and have already launched the F1 to international customers with GizChina readers receiving a $20 discount with this code: FFD20.

The F1 measures in at the same 4.5-inch size as the Xiaomi Mi2A and offers the same 720 x 1280 resolution, in fact the similarities don’t end there. The F1 Penguin also has 1GB RAM, an 8 mega-pixel rear camera and Qualcomm processor (in this case a quad-core S4). There is even built in NFC too! 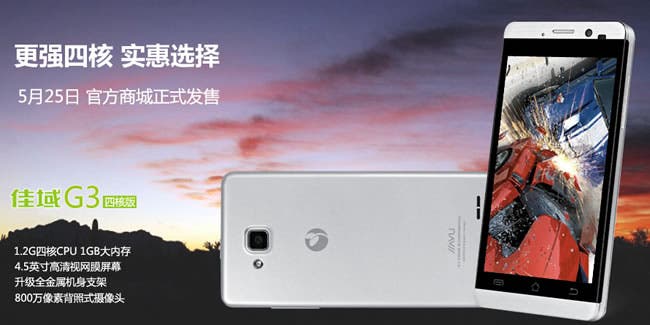 The original JiaYu G3 was the phone which put JiaYu on the Chinese mobile phone map, this updated version boasts most of the same features, but with the added benefit of a quad-core MT6589 processor.

Although the Mini name suggests a phone much smaller than the full-size 5-inch Nubia Z5, the Nubia Z5 mini is only slightly smaller at 4.7-inch. Thankfully Nubia have also decided to give the Z5 mini impressive hardware rather than a watered down specification.

From leaked benchmarks we have seen that the ZTE made Nubia Z5 mini could be a real Xiaomi slayer. The phone boasts a quad-core 1.5Ghz processor (likely a Snapdragon 600) with 2GB RAM and runs Android 4.2.2. Leaked Antutu scores show the phone scoring over 22,000 points!

The Z5 mini is expected to launch later this month and could sport LTE networks. 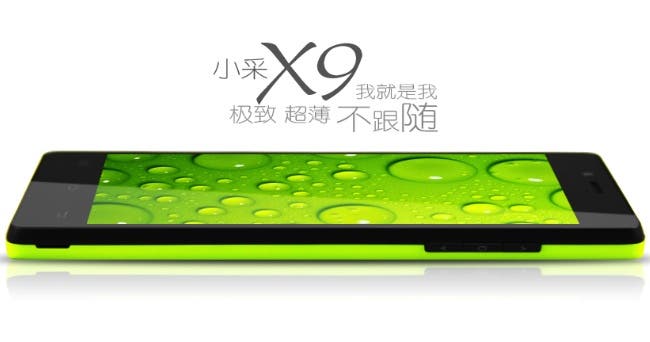 The Xiaocai X9 is one of the very rare breed of flagship Mediatek powered phones from China. Although this handset will measure in at just 4.5-inch, Xiaocai will be giving it a top of the range quad-core chipset, 2GB RAM and more!

The Xiaocai X9 should launch in China in just a few weeks, and already fans of low-cost high specification phones are getting excited! A 1.5Ghz MT6589T processor plus 2GB RAM are unheard of on a phone of this size, and the addition of 32GB memory, 5 mega-pixel front camera and 8 mega-pixel rear make it a real steal at just 999 Yuan! ($160). 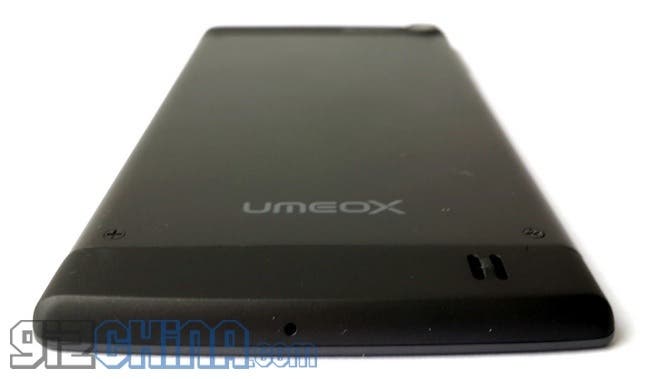 If you plan to go for a smaller screen size, why not make it a double whammy by also picking up the world’s thinnest phone white you’re at it? The Umeox X5 will go on sale in China and Europe soon, and if you can live with it’s odd specification choices we think you will be very surprised.

Keeping a phone’s thickness down to just 5.6mm means that some very important and controversial choices have had to be made. For example the display is an advanced OLED panel which generates it’s own light, the processor is a dual-core 1Ghz model to keep the phone energy efficient and their is no LED flash or 3.5mm head phone jack. 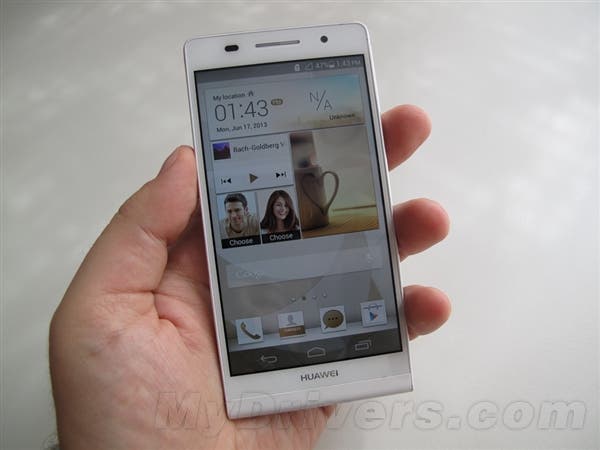 The Huawei Ascend P6 held on to the title of world’s thinnest phone for all of one week, but although this stylish phone is no longer the thinnest it is still possibly the thinnest most practical phone on the market.

The Ascend P6 is already on sale in a number of markets around the world, and people have been very happy with the great design and powerful hardware the handset has to offer.

A 4.7-inch 720p display sits up front powered by Huawei’s own 1.5Ghz quad-core chipset and 2GB RAM. Cameras are a 5 mega-pixel front and 8 mega-pixel rear. 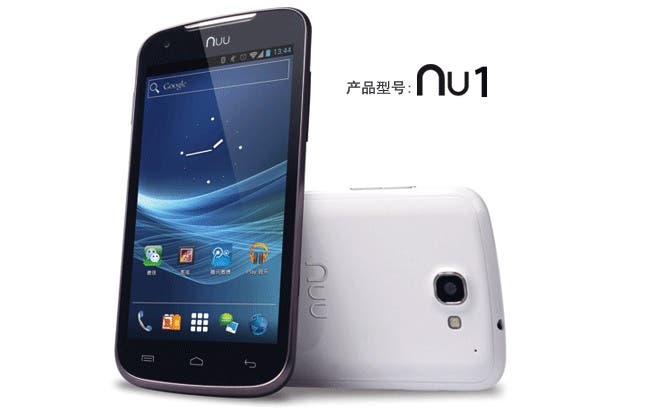 The Nuu Nu1 is the largest phone on the list with a display size of 4.8-inch. This obscure phone boasts some very nice features including a powerful processor, built in NFC and SD card slot with a low price even a Xiaomi fan can’t ignore!

That large 720p display comes from Casio in Japan meaning the Nu1 should offers some stunning visuals while browsing the web or gaming. Speaking of gaming a 1.7Ghz dual-core processor with 1GB should offer enough power for most modern games.

The Nu1 is only available in China at the moment but the attractive $211 price tag might be worth the time to find one online.

Well that’s our list of top 10 Chinese Android phones, did we miss anything? What are your choices and opinions? Let us know in the comments section below!

Next Xiaomi Tablet to use quad-core MT8125 processor