Green Orange made quite a splash when they launched the 6.98mm quad-core N1, and now a new Diamond Edition is set to launch with larger 3000mAh battery.

There are currently 3 versions of Green Orange phone available each measuring just 6.98mm, each boasting customisable body options and each powered by quad-core processors with crisp displays.

The only issue however, especially on the newly launch 2GB RAM model with 1080 display is battery life! Due to the narrow body the largest cell Green Orange could fit was a 2000mAh unit which ensured a few pit stops during the day! 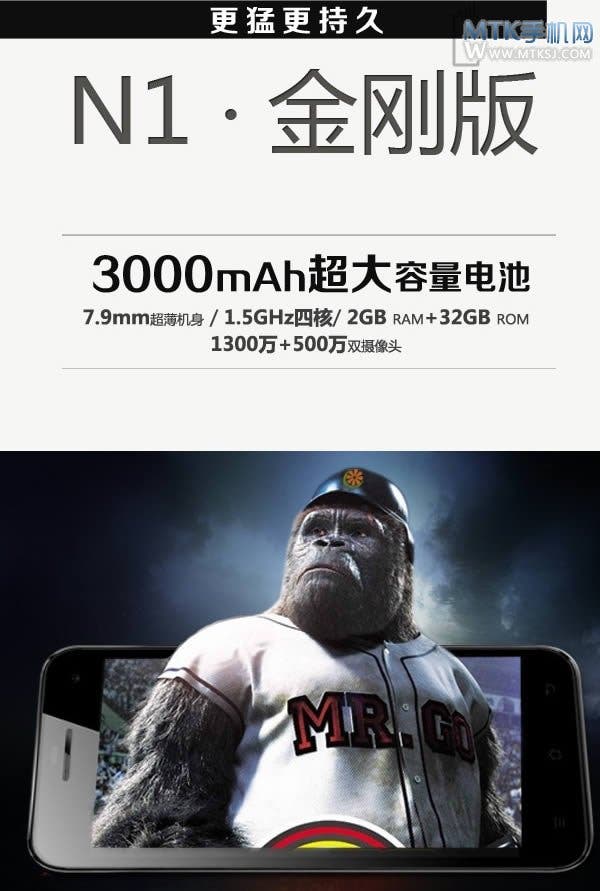 But if you are happy to sacrifice some of the thinness in favour of some all day battery life the latest Green Orange N1 Diamond Edition could be the one for you. This new version of the phone packs the same powerful 1.5Ghz MT6589T processor, 2GB RAM ad 32GB memory as the flagship model but will a 720p display and larger 3000mAh battery!

The larger battery has meant the phone has put on a few ounces and now measures 7.9mm, however it is still one of the thinnest 3000mAh phones on the planet and those specs with the lower resolution display are going to allow for some pretty hefty Antutu benchmarks!

The rest of the features include a 5 mega-pixel front camera, 13 mega-pixel rear and Android 4.2 Jelly Bean OS. If you are interested in the Green Orange N1 then check out our reader review of the phone here.