Further details of the 4GB RAM Hasee super phone have emerged including a detailed specification sheet and pricing.

Hasee are a Chinese electronics company specialising in extremely affordable laptop and desktop computers, they are now believed to be using their expertise to enter the Chinese smartphone market with a low-cost Android super phone with 4GB RAM!

We have reported on the Hasee phone in the past but a recent specification sheet for the new handset has appeared giving full specifications and pricing. 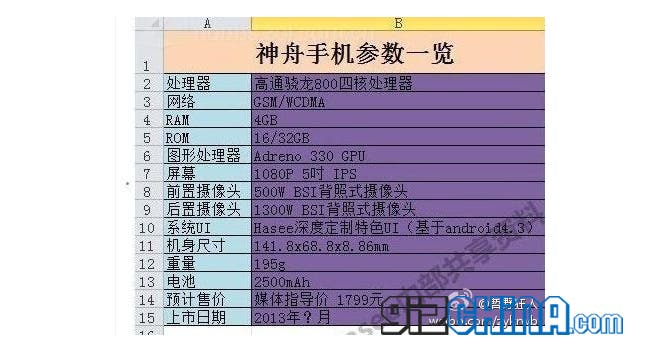 The specification details go on to mention a retail price for 1799 Yuan ($293) and a launch scheduled for later this year!