The Nokia Lumia 1020 has finally entered the hallowed ranks of the iPhone, Samsung Galaxy range and HTC phones, and finally has its very own knock-off!

At first glance this clone looks quite promising. It has a similar, if fatter, Lumia style, but with Android OS, and even boasts a ’41 mega-pixel rear camera”! 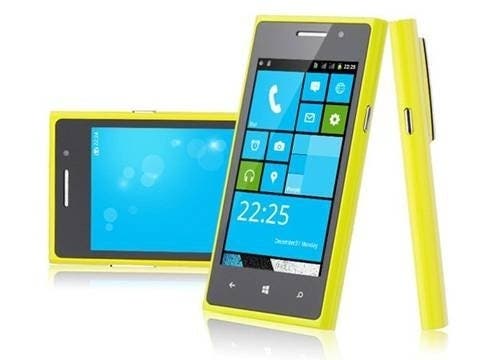 In actual fact though the rear camera is only a 2 mega-pixel unit, and the OS has been given a Windows 8 skin. We aren’t sure if this knock-off will be available outside of China, but anyone living here can pick one up for around 420 Yuan ($69).