If the Mediatek powered JiaYu G5 isn’t to your tastes then you might want to hold off until JiaYu launch the S1. The S1 has been in development for a quite some time now, but finally we are seeing tell tale leaks and reports which say to us that a launch is coming soon. 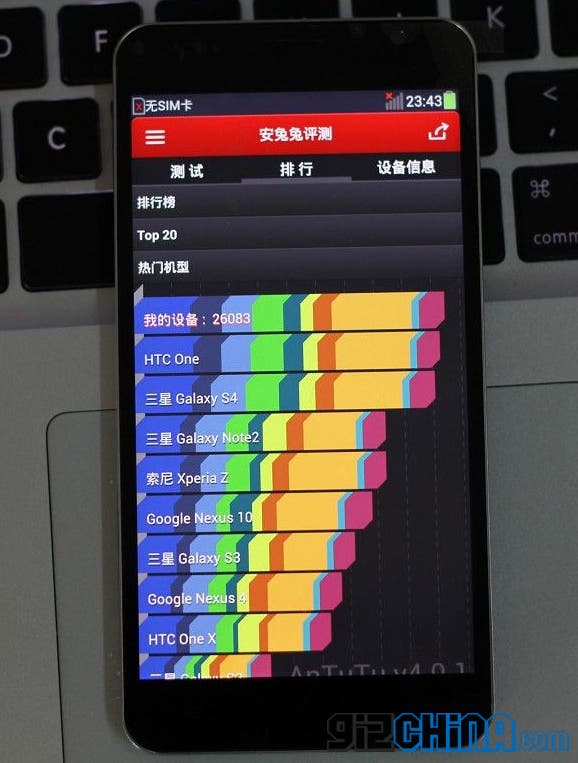 The S1 runs a 1.7Ghz quad-core Snaprdragon (600?) CPU with 2GB RAM, and as you can see from the 26,083 Antutu score is performing just as well as we could hope! In fact the S1 is shaping up to be quite the phone and some are evening calling it the 1080 FHD brother of the Xiaomi Mi2S as specs are almost level!

In addition to the powerful processor and 5-inch 1080 panel we can also confirm that the JiaYu S1 will have both from and rear Sony cameras (2mp front, 13mp rear), a 2300mAh battery, USB OTG, Android 4.1.2 and will have NFC as standard!

Previous Oppo N1 Teaser Trailer round up - what do you make of it?

Next Android 4.3 makes its way to the Oppo Find 5